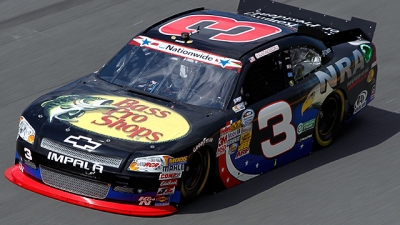 For the second qualifying session in a row, the No.3 Chevrolet driven by Austin Dillon was the fastest.

With a lap of 177.340 mph around 2 1/2-mile Daytona International Speedway, Dillon took his third Nationwide Series pole his career and his first at a track bigger than 1 1/2- miles in Nationwide Series competition.

2011 Nationwide Series champion, Ricky Stenhouse Jr., was the final driver to take a shot at the pole position. Stenhouse’s lap of 177.253 mph wasn’t enough to overtake the RCR Chevrolet.

After winning his first career Nationwide race last Friday at the Kentucky Speedway, Dillon will attempt to win two races in a row and regain the points lead after a six point penalty dropped him to second in the championship standings.

Winner of the February 300-mile race at Daytona, James Buescher, will start the race from the fifteenth position driving for the same Turner Motorsports team he took his first NASCAR win with.

With 43 cars attempting for the 43 available starting positions, no drivers failed to make the race.