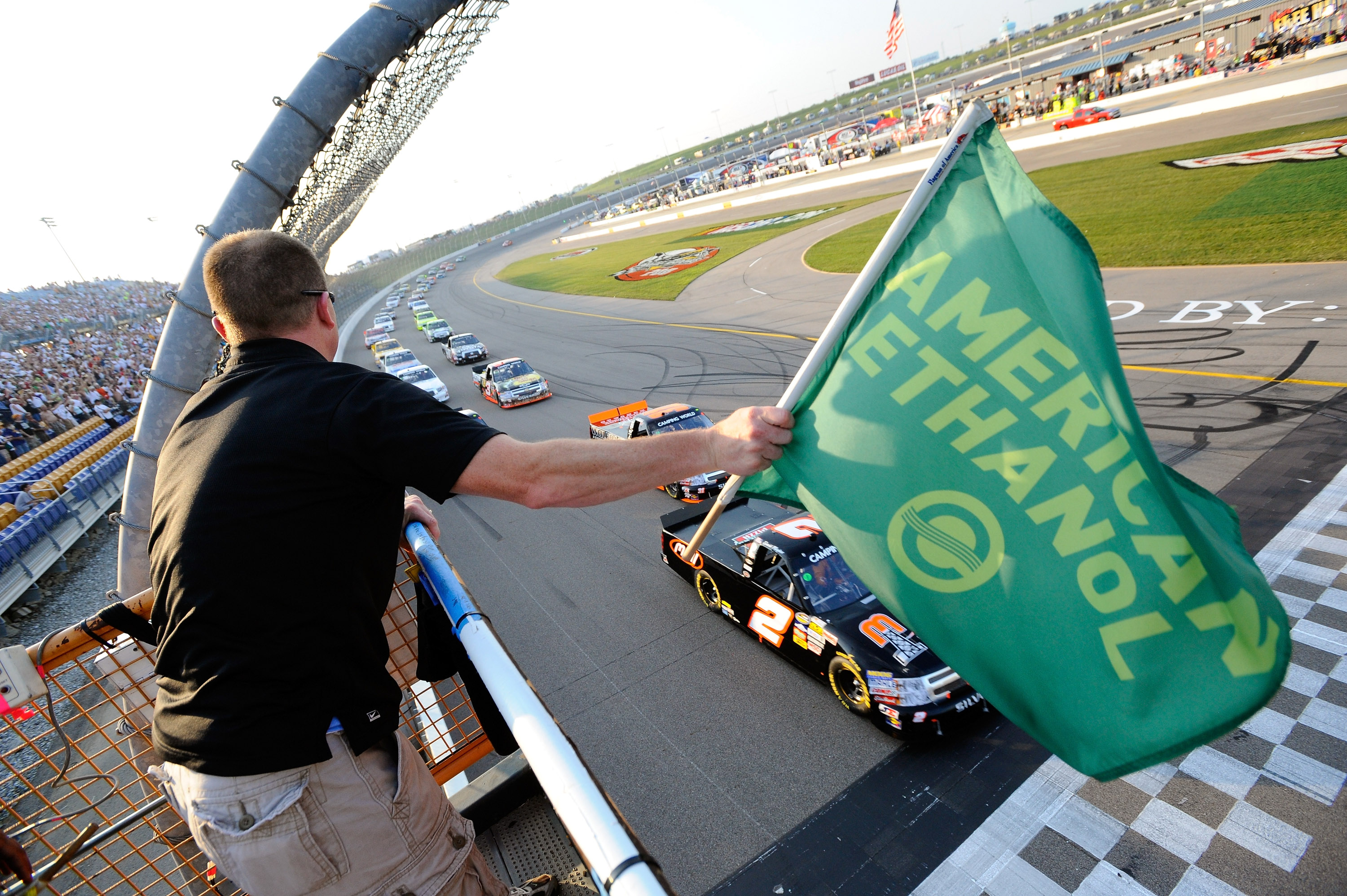 Saturday night, the NASCAR Camping World Truck Series heads to one of the premier tracks of their 22-race schedule, the 7/8-mile Iowa Speedway in Newton.

Iowa Speedway is not only a favorite track among fans, but drivers as well. It’s fast enough to get your blood pumping, but the short-track-style layout provides for seemingly constant action as well as enough room for passing.

That fast yet short-track feel was exactly what last year’s race provided.

During the closing stages of the race, Matt Crafton was able to close the gap on leader Austin Dillon, slowly but surely cutting the gap, eventually making the pass for the win after working over the series champion for numerous laps.

While Crafton is the defending winner of Saturday night’s race, that may not be the most important bit of momentum for his No.88 team.

After a second place finish at Texas Motor Speedway, and a pole followed up with a fourth place finish at Kentucky Speedway last month, Crafton is looking to take back-to-back wins at Iowa Speedway, which would be the first in series history for the track.

“The last few races we have been finishing in the top 5 and top 10 and getting to where we need to be,” said Crafton. “After last years win, we know what we need to do to get into victory lane again.”

Crafton’s teammate, Johnny Satuer, has also been on quite the roll himself.

Winning for the first time in 2012 at Texas, Sauter grabbed a sixth place finish at Kentucky Speedway last month.

“I am ready to go back to Iowa,” said Sauter. “The No. 13 team has finished in the top-five in all three of the races here and we are ready to get into Victory Lane this time. This is a fast racetrack and we know what we need to do to get it done here.”

After becoming the first repeat winner of the season, James Buescher is fourth in the standings, only nine points out of the lead.

“Iowa [Speedway] is a great track.  They really thought of everything when coming up with the design,” said Buescher. “The race track is conducive to side-by-side racing.  You can really search the track for a number of different lines.  Unlike some of the other short tracks we race, Iowa Speedway really isn’t as much about beating and banging.”

Buescher’s teammate, Nelson Piquet Jr., may be coming of a rough patch of races recently, but don’t count out the Brazil native.

In Piquet Jr.’s first race at Iowa last season, he finished the night in the eighth position.

“I get excited to go to back to Iowa,” said Piquet Jr. “I’m also happy that we’re bringing the same truck we used at Martinsville, I had a lot of fun racing it there and I’m sure this weekend will not be any different. After my last race was so unsuccessful, I’m more than ready to get back on the track and bring home a win.”

Since the Truck Series began racing at the Iowa Speedway in 2009, the race has never seen a repeat winner.

So, perhaps it’s a perfect chance for one of the series’ young starts to take their first trip to victory lane on Saturday night.

Both Ty Dillon and Parker Kligerman are top-five in the series standings after eight races. But, neither driver has been to the winner’s circle despite finishing in the top-five on multiple occasions.

“Iowa (Speedway) has always been a great track for me,” said Dillon. “If I had to pick a favorite race track, Iowa would win.”

While there’s certainly a good chance of a young driver taking the win Saturday night, never rule out a thing when the Truck Series takes the green flag.