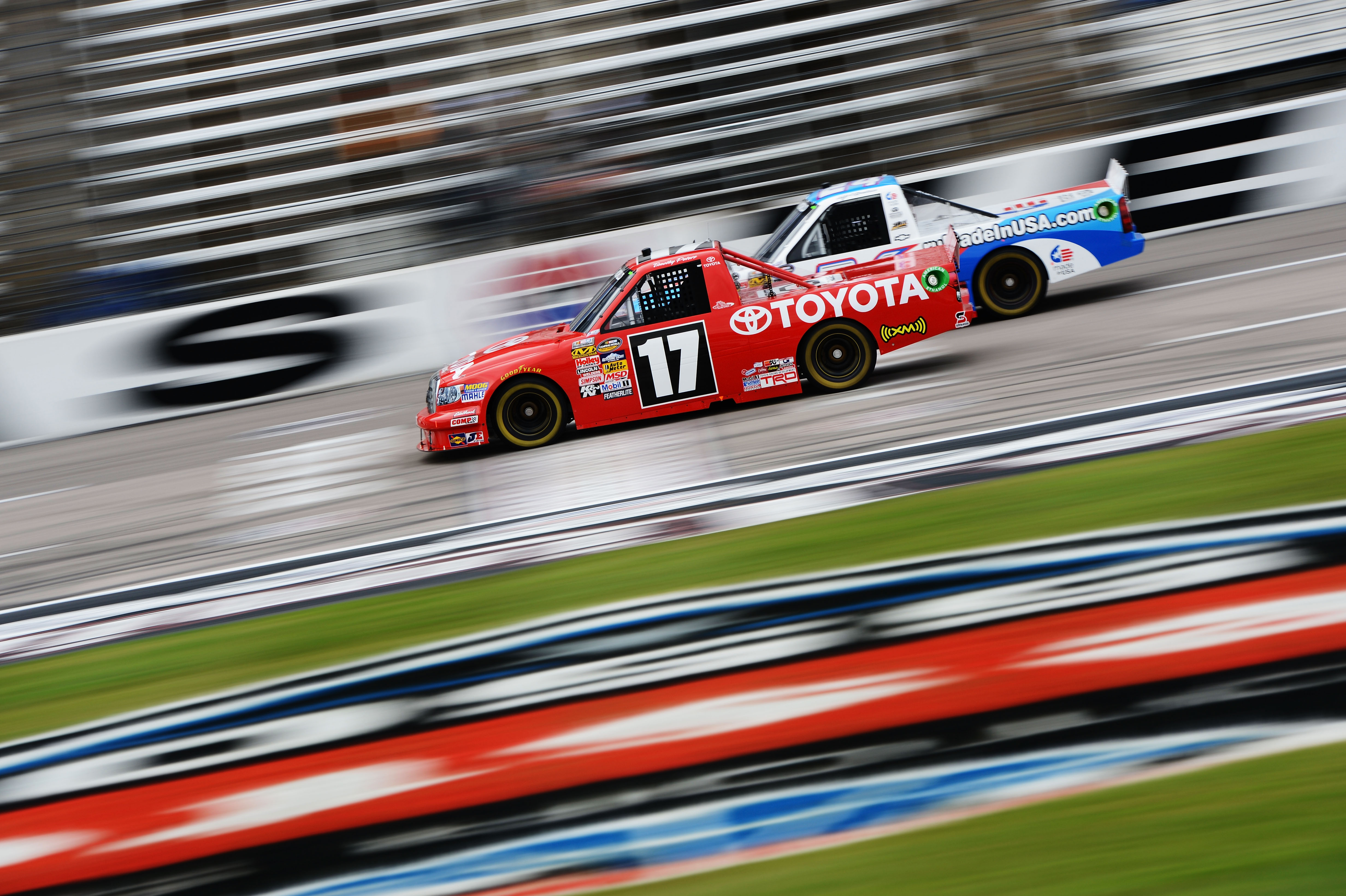 Toyota hadn’t won a pole in the first seven races of the Camping World Truck Series season until Matt Crafton took the top spot in qualifying last two weeks ago at Kentucky Speedway.

Taking the pole with six trucks remaining in the session, Peters’ lap at 136.210 mph was good enough for the driver of the No.17 to take his fifth Truck Series pole.

Starting alongside Peters will be Nelson Piquet Jr., who was the fastest truck in final practice earlier on Saturday.

With 39 trucks attempting to make the 36-truck field, three were unable to qualify.

Todd Peck and Benjamin Reynolds both put laps in the books early in the session, but didn’t have the speed to make the field.

Natalie Sather crashed on her first qualifying lap, never recording a time and failed to make the starting field.