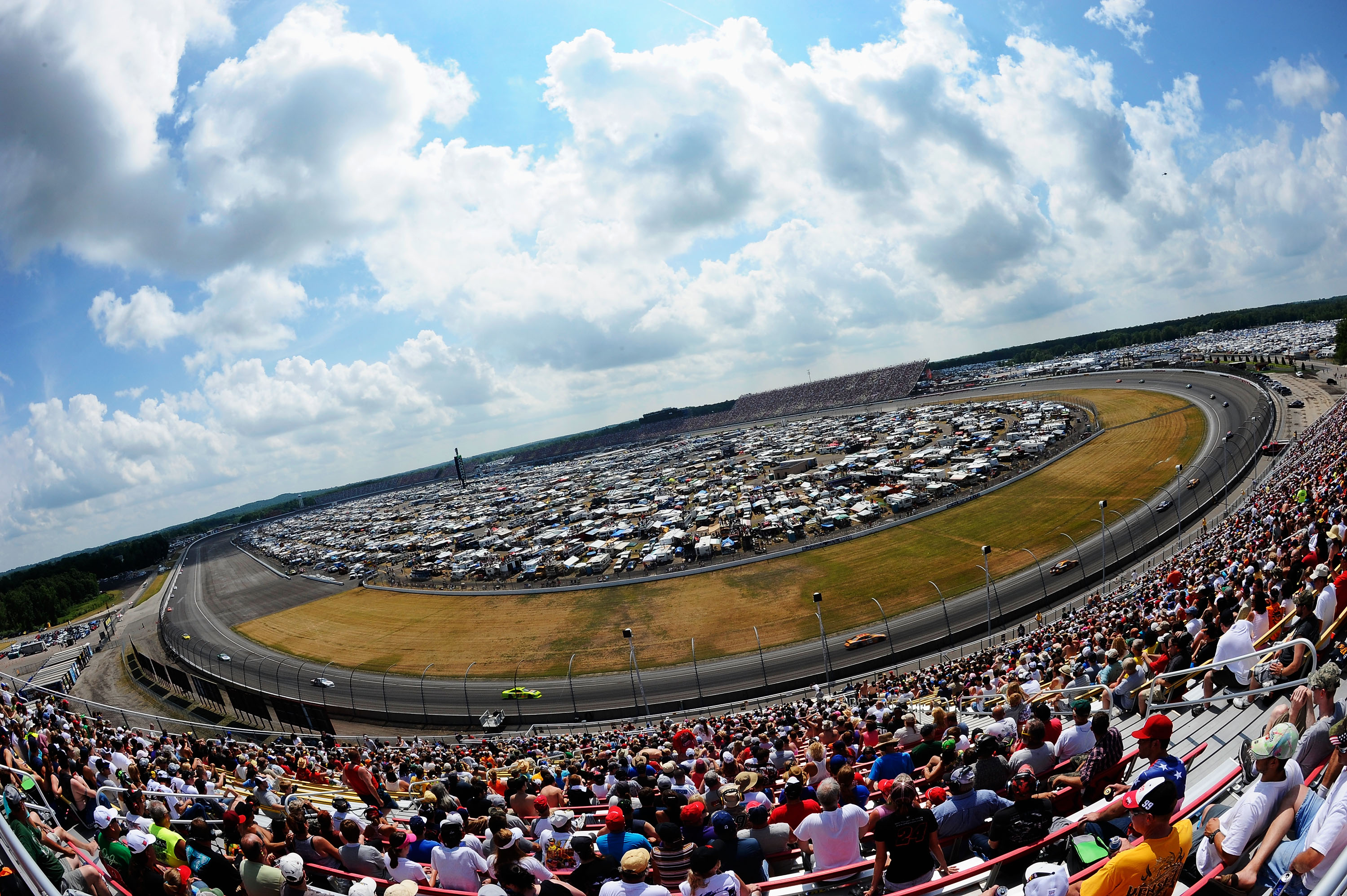 In the opening moments of the session, Kurt Busch’s No.51 Chevrolet leaked oil onto the track, bringing out the red flag. Busch’s team was able to fix the car and continue in the session.

The session also proved to be troublesome for Landon Cassill, who also had engine issues in the practice session. Cassill’s No.83 team was forced to replace an oil cooler in his Toyota.

Maybe the biggest issue for teams during the first practice session was fining grip.

From the early moments of practice, drivers were complaining about the lack of grip they had turning laps averaging over 190 mph. Denny Hamlin even wondered if the tires on his car were the same ones he tested on at the track three weeks ago.

According to Martin Truex Jr., there were only 15 good minutes of track time during the 90-minute practice with drivers trying to find grip in both their cars and the track.

Much like June however, the element of “scuffing” tires (running three-to-five laps on a set of tires to get rid of their newness) is still happening with many drivers using the majority of the session to do so.

In what was more traditional than normal, the Cup Series qualified on a Friday. Fitting that a traditional driver in Mark Martin took the pole position for Sunday’s race, his 55th career pole and his first at Michigan International Speedway.

Starting alongside Martin will be Roush Fenway’s Carl Edwards who is looking for a win as he bids for a potential wildcard birth in the Chase.

Saturday, August 18,2012: The morning started off with some shocking news from the Jimmie Johnson camp when his team announced they would be giving up their third place starting spot to change the engine in the No.48 Chevrolet.

Johnson will start in the back of the field for Sunday’s 400-mile race.

Greg Biffle was the man at the top of the mph bracket early Saturday morning, setting the fast lap at 200.362 mph, the only lap over 199 mph of the entire session.

The final Sprint Cup practice may have been the wildest one of the day. Or the one with the most action.

Driving the same car he too to victory lane in June, Dale Earnhardt Jr. crashed his No.88 Chevrolet in the turn two wall. The damage was significant enough that Earnhardt Jr’.’s team pulled out the backup car, forcing the June Michigan winner to start in the back of the field for Sunday’s race.

Later in the session, Kurt Busch spun his No.51 Chevrolet off turn four.

The practice session was red flagged, and drivers came to a stop along the front stretch as Busch took his No.51 to the garage after what looked to be minimal damage.

Speeds in the final practice were slower than the ones in the opening session of the day.

Jimmie Johnson joined Biffle in the 198 mph bracket, the only two drivers to do so in the session.