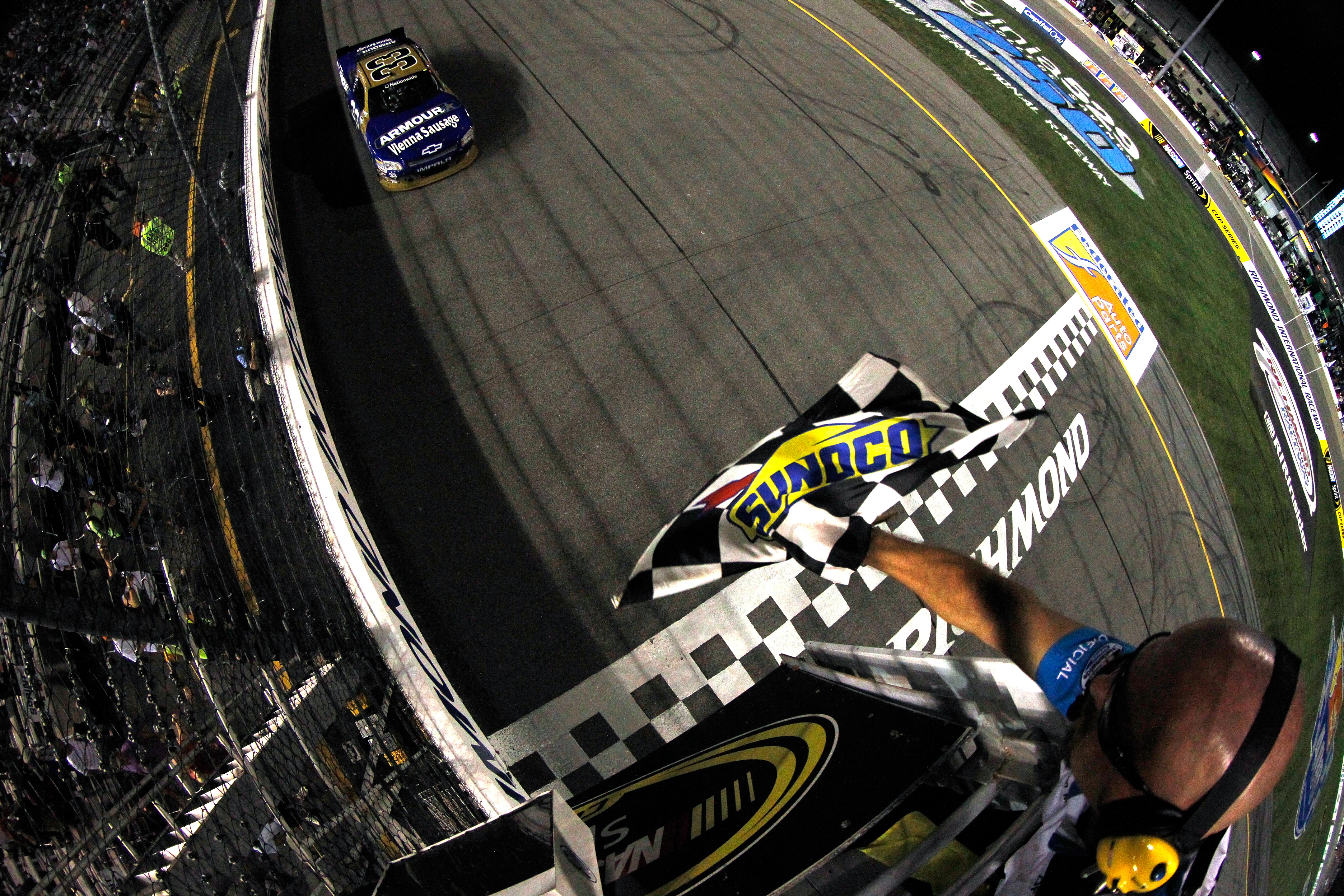 Kevin Harvick had been in this position before, several times before in the last two years.

It seemed like something was bound to go wrong, as it always did, a wreck, a tire blowing out, a water bottle springing up on the track to bring out a caution. Something seemed bound to happen.

But nothing did happen. There was a spin, but that spin gave the win to Harvick, for the first time in two years, Harvick was able to avoid all the trouble and bring home the win.

“I think I’ve led more laps in 10 races than anyone has all season,” said Harvick, jokingly to ESPN reporters after the race in victory lane.

With less than 50 laps to go, it was Kurt Busch, not Harvick that was leading the race. Busch, Harvick and Ricky Stenhouse Jr. had had a strong battle for the lead on the second to last restart and despite not having the fastest car all night it was Busch that had found his way to the lead.

Busch was looking to back up his race win from April, when he delievered the first career win for his brother’s team, Kyle Busch Motorsports after beating Denny Hamlin to the line at Richmond International Speedway.

This time, Busch didn’t have the faster car, but he had the clean air and that made the difference. He was able to get by Harvick and Stenhouse Jr. for the lead and it looked that the clean air might provide the streamline for the season sweep at Richmond.

However, when the No. 39 of Dexter Stacey got in the way of Busch, there was only one thing that would keep Busch from getting the lead. That was the final caution of the night, a caution that was caused by Busch getting in the back of Stacey and sending him spinning down the frontstretch, Harvick took the lead getting past Busch right before the caution flag flew, freezing the field where they ran at the time of the caution.

It was the second time in the race that Harvick had used another, lapped driver, to capture the lead on the night.

The first time came when Harvick took the lead from Ricky Stenhouse Jr. and used the No. 41 of Timmy Hill to trap Stenhouse and take the lead. From then on Harvick would dominate much of the rest of the race except for the caution periods and a restart.

Harvick, though, had been there before many times in the past. Leading laps and not getting the win.

“What could go wrong, went wrong,” Harvick said of all the recent losses in the series.

It was just last week that Harvick in the same No. 33 car had been battling Stenhouse Jr. for the race win at Atlanta Motor Speedway. That’s when a water bottle brought out a caution on the track.

The win Friday night was the 38th time that he has won in the Nationwide series and the first time that he won since September 2010, when he last won at the same Richmond track.

“It was a lot of fun for the last 60 laps,” Harvick said about the race against Stenhouse and Busch. “To be able to race those guys clean is a real treat.”

In the Nationwide Series points series championship battle, it wasn’t a great night for some of the top runners. It started when Sam Hornish Jr. got loose in turn four and went spinning into the wall. His night went from bad to worse when he was rolling down the track and he backed into Hill’s car, ending both driver’s night.

Laps later it was points leader Elliott Sadler that had issues of his own.

On lap 187, Sadler got into the wall and damaged the back end of his car. He pitted several times for repairs, trying his best to stay on the lead lap.

Sadler lost a lap making repairs, but when the final caution flag waved, Sadler was the beneficiary and received his lap back. Despite having a damaged car, Sadler drove to a 12th place finish and kept his points lead by one.

Next week the series will be in Chicagoland.