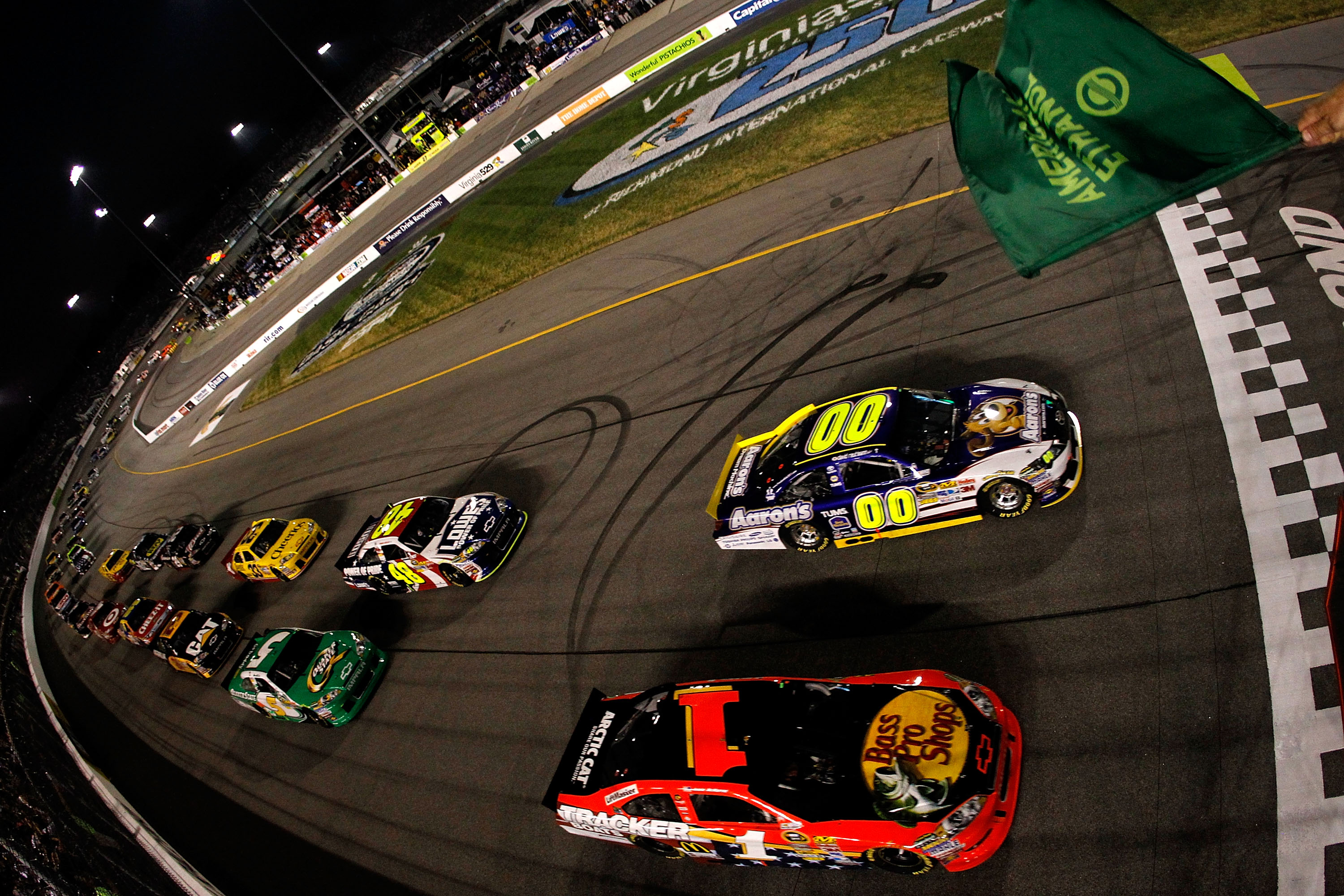 With the deciding race to who will make the cut for the 2012 Chase for the NASCAR Sprint Cup championship, the two practice sessions Friday afternoon at Richmond International Raceway may have been some of the most important practice laps drivers on the verge of the Chase will run all season.

That proved to be costly as the N0.14 team only managed to turn the 42nd fastest lap in the session after struggling with the handling of his Chevrolet.

While the defending Cup champion struggled, the Richard Childress Racing group appears to be building momentum after a strong outing last weekend at the Atlanta Motor Speedway.

Jeff Burton, who has struggled through the first 25 races of the season, paced the way in opening practice with a lap circling the 3/4-mile track in 21.529 seconds.

Burton’s teammate Kevin Harvick, who won this race on year ago, was able to post the fifth fastest time as he looks for his first win of the 2012 season at one of his best tracks statistically.

Spring race winner at Richmond, Kyle Busch, had his fair share of struggles in the first practice session. However, crew chief Dave Rogers made the point that the team made progress on the car before the session came to a close.

As for the final Cup practice, Edwards took charge by setting the fast lap early in the session with a lap of 122.321 mph over Jimmie Johnson who ended up second in the session.

From struggling in the first practice session, the No.18 backed up their talk of improving their car as Kyle Busch set the eighth fastest time in the session.

However, setting one fast lap at any race track doesn’t guarantee anything when it comes to how the car will react in the race. The best gauge to determine how well a drivers car will be during the race is through the 10-lap averages.

Leading the way in that department was Edwards, who’s average for ten laps was 119.734 mph.

Backing up his strong performance in the first practice, Harvick put his No.29 Chevrolet in the sixth position on the fast lap charts as well as posting the second-best 10-lap average.

Tony Stewart: Despite having three wins to his credit in 2012, the defending Sprint Cup champion is in jeopardy of falling outside the top-10 in points. With that, Stewart would not only lose the benefit of his three wins as bonus points but also take away the final wildcard position.

If Stewart wants to keep his bonus points by staying in the top-10, he must finish at least 14th if he’s unable to lead a lap, 15th if he leads one or 16th if he leads the most laps in Saturday night’s race.

Kasey Kahne: There’s virtually no pressure for Kahne Saturday night. If he wins, he has a chance to move inside the top-10 in points and use his three wins as bonus points. If he doesn’t win, he’s in the Chase as a wildcard.

Here’s where it gets touchy for Kahne.

If Kyle Busch supplants Stewart in the top-10, and Jeff Gordon wins, Kahne clinches a spot by finishing 14th or better, 15th or better with one lap led, or 16th or better while leading the most laps.

If Gordon supplants Stewart in the top-10, and Kyle Busch wins, Kahne will clinch a spot by finishing second and leading the most laps.

Jeff Gordon: If Stewart can remain in the top-10 or Kahne is able to overtake Stewart in the top-10, Gordon can clinch a Chase spot by finishing the night 13 points ahead of Busch and losing 28 or fewer points to Ambrose and losing fewer than 37 points to Ryan Newman.

If Busch is able to supplant Stewart from the top-10, Gordon would need to win Saturday night at Richmond and finish 18 points ahead of Kahne.

Ryan Newman: The only way Newman can assure himself of a Chase birth is with a win. If either Busch or Gordon find a way to overtake Newman’s teammate, Stewart, in the top-10 he will be eliminated.

Joey Logano: Much like Newman, Logano can only clinch a Chase birth with a win. If his teammate, Busch, or Gordon take a place in the top-10, Logano will miss the Chase.

Carl Edwards: To say that Edwards needs some help to make the Chase is an understatement.

Even with a win Saturday night, Edwards needs Busch to finish 24 or worse (no laps led) and Gordon needs to finish 12th or worse.

If either Busch or Gordon can overtake Stewart in the top-10, Edwards will be eliminated from making the Chase.

Paul Menard: If Edwards is a long shot for the Chase, then double that for Menard.

To make his first Chase, Menard must win Saturday night in Richmond. With that, Busch must finish no better than 34th and Gordon can finish no higher than 24th.

Like Edwards, Menard will be eliminated if Busch or Gordon supplant Stewart in the top-10.