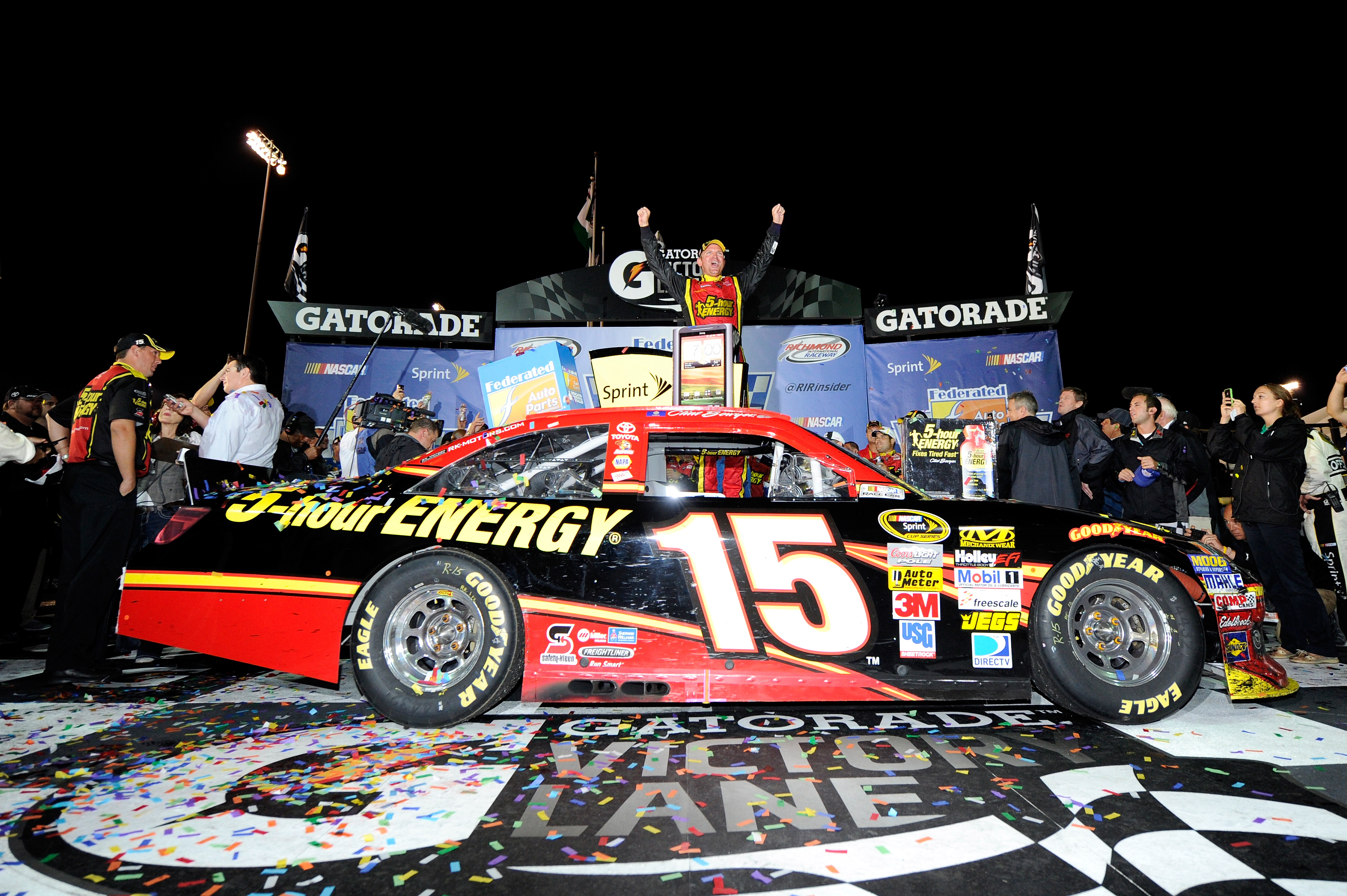 It’s not often that a spin proves to be the winning move in a race.

On Saturday night/Sunday morning Clint Bowyer turned a spin into a win.

At the time he had spent much of the night in the top three, but pitting strategy had caught him in the top 15 just after the mid part of the race. Then while he was racing Juan Pablo Montoya, the two cars got together and as a result Bowyer’s left rear tire went flat.

The next lap coming down the front stretch, Bowyer lost control of his car and spun to bring out the fifth caution of the night. It was that caution that created an opportunity to Bowyer and his crew.

“Thank you to Juan Pablo Montoya for wrecking me, that gave me the move I needed to win,” Bowyer told ABC crews in victory lane after the race.

Bowyer limped his car back to pit road, and as a result he was able to get more fuel and get put on a slightly different pit strategy then the race leader at the time, Denny Hamlin.

The race changed for the rest of the night a few laps after Bowyer spun, the sixth and final caution came out for the final time when rain visited the track again. The rain brought a caution and Bowyer was one of the first to pit.

At first it seemed that Bowyer and the rest of the handful of drivers that pitted on on 277 would be for nothing. Then the caution period was extended and some of the leaders pitted, changing the complection of the race.

The leaders were caught in the back of the pack and the drivers out front hadn’t been out there all day.

Only Bowyer was one of the top runners that had been there earlier in the race. Although his car took a while to get going on the restart, Bowyer worked his way through traffic and slowly found his way to the top.

Bowyer chased down then leader, Ryan Newman and passed him on lap 313, for the final pass of the long night, which was twice delayed because of rain, all Bowyer had to do over the final 87 laps was conserve fuel and hope that the faster cars of Hamlin and a hard charging Jeff Gordon would run out of laps.

Over the last 87 laps, Bowyer at one point got out to over a 10 second lead over second place. Hamlin, who led a race high 220 of the 400 laps eventually found himself in second place, and he was running down Bowyer for the top position when Hamlin had to pit late for fuel.

That pit stop handed second place, briefely to Mark Martin, but Martin was soon passed by Jeff Gordon, who had driven from a lap down, past Bowyer to get his lap back and chased down the leaders again before trying to make up the 7 second gap between first and second place.

“After last week we have battled adversity and overcame it,” Bowyer said. “You can’t ask for a better team than the team I have.”

Gordon was chasing down more than Clint Bowyer. Before the night started, Gordon was one of the many drivers that still had a shot to make the NASCAR version of the playoffs. If he was able to get a win, or pass Kyle Busch in points, by the time the checkered flag flew on lap 400 then Gordon would make the chase.

When the checkered flag flew, Gordon came up one position shy of winning the race, but he was three points to the good on his chase spot.

The Federated Auto Parts 400 was the last race before the Chase for the Sprint Cup started, and even though Bowyer was locked in because of  his points position when he started the race the win though will help him in the chase. Previously a winner at Sonoma, this second win for Bowyer put him into sixth in points, tied with Greg Biffle.

When the chase starts next week at Chicago, Gordon will be one of the twelve still racing for points, but Kyle Busch won’t be. It wasn’t easy for Gordon to make the chase though.

“I was deflated,” Gordon told ESPN crews after race about his run before the rain caused a red flag before halfway. “To go from the front to the back.”

After a rainstorm moved through the track and halted it, Gordon went back on track and his crew threw everything they could at the car to get it driving better. The changes worked.

Gordon’s car came alive in the second half of the race and he started passing cars instead ob being passed.

“Awesome effort, we’re in it [the chase,]” Gordon said. “I don’t care where we start in points, it was so much fun to drive through the field like that.”

Gordon lost a lap and then drove through the field twice to get his second place finish. Although he was able to finish second, for much of the night Gordon was chasing down Busch for the final wild card position. When Busch had a bad pit stop on his final pit stop and finished the race two laps down, that gave Gordon the ticket to the 2012 chase.

“We missed it,plain and simple,” Busch said to ABC reporters after the race, summing up his season and his thoughts on missing the chase.

When the chase starts next week at Chicago the points will be restructured and Denny Hamlin will be the points leader.

Next week the series will be at Chicagoland Speedway.