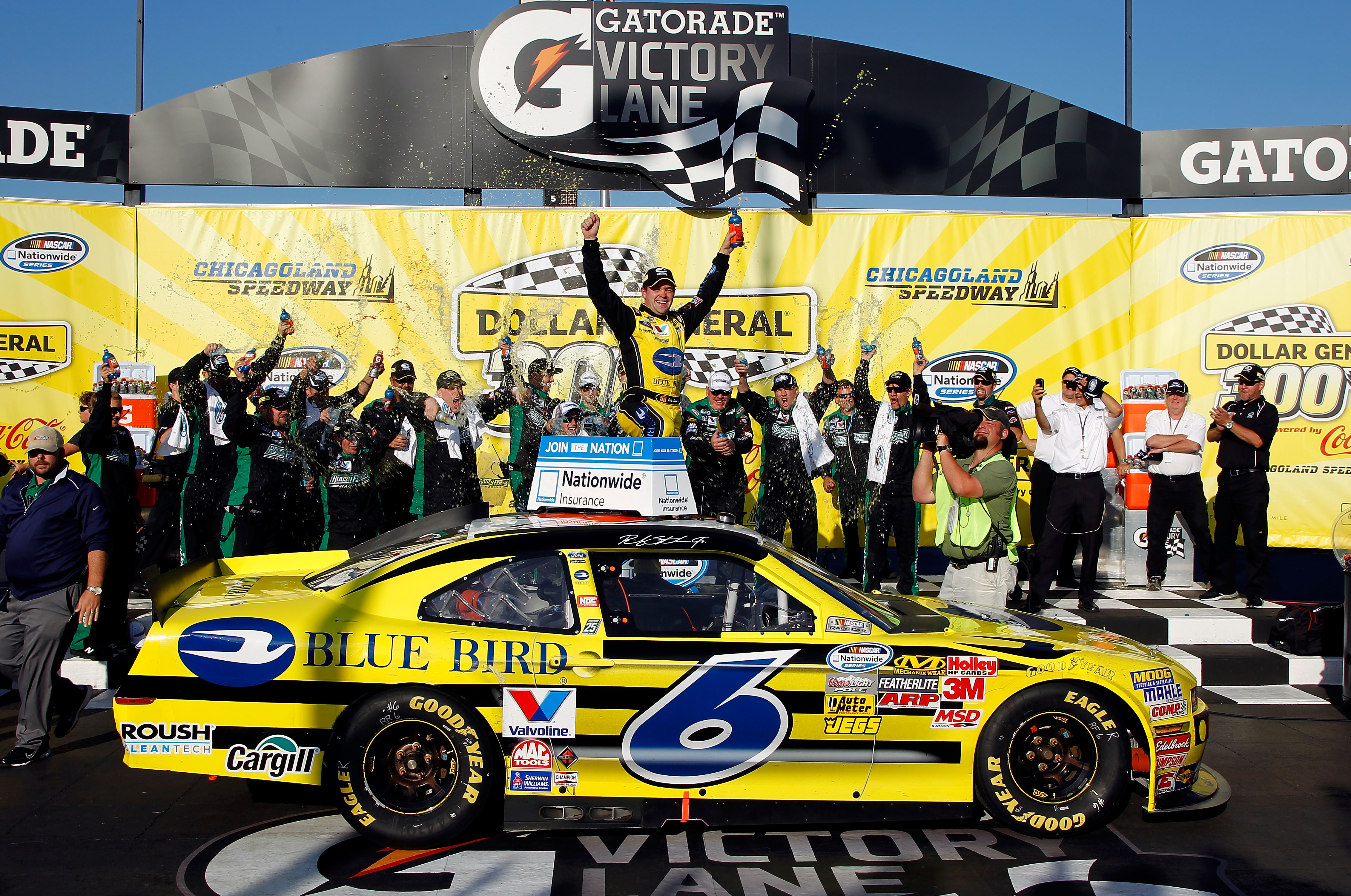 The battle for the 2012 Nationwide Series championship continued to take yet another twist Saturday in Chicagoland.

Sadler, who won the previous race at Chicagoland Speedway in July, needed a strong run to boost his efforts to claim his first Nationwide Series championship.

From the outset of the race, both Sadler and Stenhouse Jr. looked to be on par: running inside the top-five as the race passed the halfway mark.

When the caution came out on lap 125 for the car of Benny Gordon, the momentum of the race appeared to shift to the hands of Sadler as Stenhouse Jr. had issues on pit road, dropping him outside of the top-10.

But Stenhouse Jr. didn’t let a miscue on pit road ruin his race as he charged his way from the 11th to third position by the time the final caution of the race came out on lap 168 for the No.81 car of Jason Bowles slowing on the track.

That led to the final pit stop of the race, which saw Sadler’s crew execute a 12.5-second, four-tire pit stop to get him out in the race lead when the green flag flew for the final time with 29 laps to go.

The lead was short lived, however, for Sadler as Kyle Busch blasted by the No.2 on the restart to take the lead.

From there, Sadler began to fall down the running order, eventually finishing the race in the eighth position.

But as Sadler fell back, Stenhouse Jr. began to charge, running down Busch for the lead with 20 laps to go.

Once Stenhouse Jr. was able to take the lead, it was clear sailing as he took the win in Saturday’s Dollar General 300 at the Chicagoland Speedway.

“We had an okay car, seemed to take a while to get going. But that last run was the best it was,” said Stenhouse Jr. in victory lane.

Stenhouse Jr. described the day as a “never give up” type attitude for his No.6 team, even when they fell back to 11th in the running order late in the race.

“Mike (Kelly, crew chief) made some great calls. I stalled it and that put us far back and drove up to third. Just an all around team effort.”

Saturday’s win may have been the fifth victory of the 2012 season and the seventh career victory in the Nationwide Series for Stenhouse Jr., but it was the first victory in any of NASCAR’s top-three series at Chicagoland Speedway for his car owner Jack Roush.

The win also marks the fourth time Stenhouse Jr. has won on a 1.5-mile track this season and ties him with Joey Logano with the most wins in Nationwide competition in 2012.