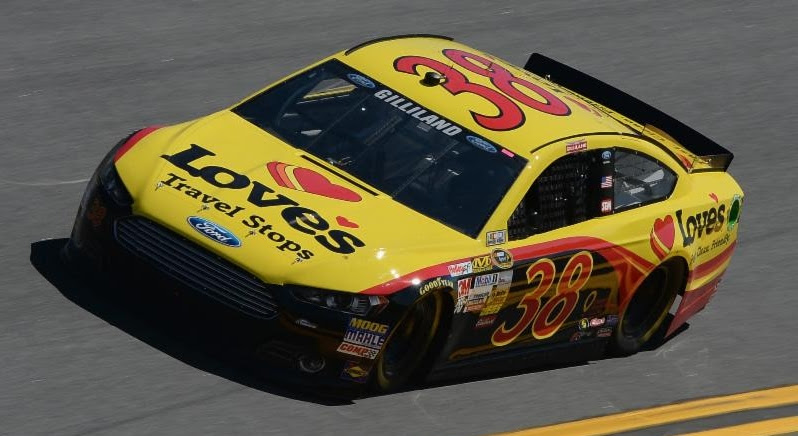 STATESVILLE, MAY 13, 2014 – David Gilliland, driver of the No. 38 Love’s Travel Stops Ford, comments on racing in the Sprint Showdown at Charlotte Motor Speedway:
“I’d love to be in the All-Star race. We came close to getting a win last year in Talladega to get us in but came up one spot short. Maybe we’ll put a little number ’38’ on the bumper of the No. 34 All-Star car, where I was behind him (teammate David Ragan). But we’re going to work really hard to transfer out of the Showdown into the All-Star race. It’s a race that’s all-out, and that’s a lot of fun. It’s probably my favorite style of racing.
“We’ll be racing in our backyard. We’ve got a lot of the guys from the shop and their families who are able to go to the race and be a part of it, so that’s great for them to be able to participate in a race weekend. It’s definitely an important race for us. We always learn a lot for the week after (for the Coca-Cola 600).”
JUST THE FACTS: Gilliland has seven starts in the Sprint Showdown, the qualifying race for the All-Star Race … His top finish in the non-points event is seventh (2008, 2011) … Gilliland is also eligible to be voted into the All-Star Race through the Sprint Fan Vote online … Love’s Travel Stops returns as primary sponsor of the No. 38 for the Sprint Showdown.
Tags: All-Star Race Charlotte Motor Speedway David Gilliland NASCAR