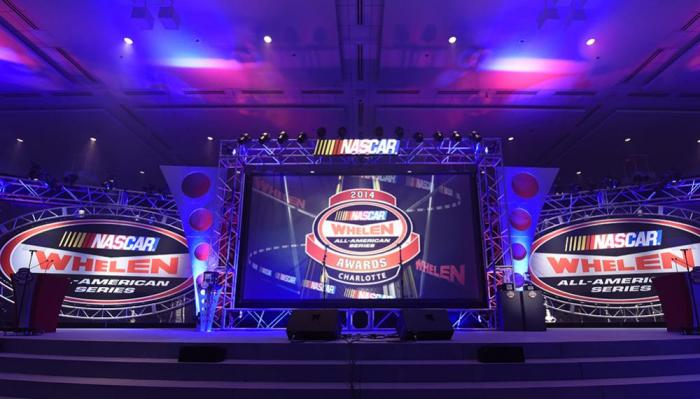 DAYTONA BEACH, Fla. – NASCAR champions from across North America and from Europe will gather in Charlotte, North Carolina, in December to be honored for their accomplishments in the 2015 season.

The NASCAR Whelen All-American Series Awards, which recognizes the top short-track drivers in the United States and Canada, will be on Friday, Dec. 11. The NASCAR Night of Champions Touring Awards will be Saturday, Dec. 12.

Both awards events will be held at the NASCAR Hall of Fame / Charlotte Convention Center. It is the sixth year that the venues will host the celebration of the top drivers in NASCAR’s weekly and touring series.

In addition, the annual NASCAR Champions Karting Event will take place on Thursday, Dec. 10 at GoPro Motorplex in Mooresville, North Carolina. The event, which is open to fans, will feature the seven NASCAR touring series champions and the NASCAR Whelen All-American Series national champion.

Both the NASCAR Whelen All-American Series Awards and the NASCAR Night of Champions Touring Awards will be streamed live on NASCARHomeTracks.com and FansChoice.tv in English, French and Spanish.