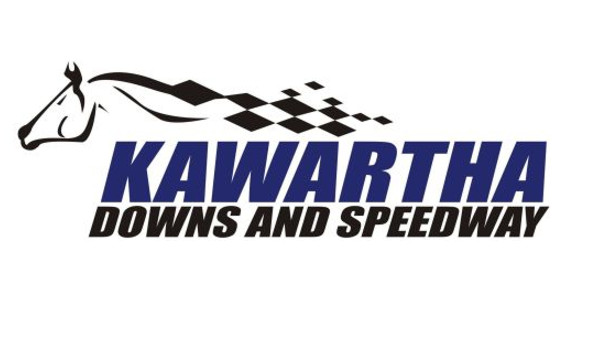 Analyzing The Pinty’s 250 At Kawartha Speedway

DAYTONA BEACH, Fla. – The 2015 NASCAR Canadian Tire Series presented by Mobil 1 season will conclude and a champion will be crowned with Saturday’s Pinty’s 250 at Kawartha Speedway. Below is a statistical look at the performance of the series and selected drivers at the track:

Pinty’s 250 Setup:
• Entering the finale at Kawartha Speedway, Scott Steckly has a nine-point lead on both Jason Hathaway and Andrew Ranger in the NASCAR Canadian Tire Series presented by Mobil 1 championship standings. Defending titlist L.P. Dumoulin also remains in the running, 23 points out of first.
• With a finish of fifth or better in the Pinty’s 250, Steckly would extend his own record for series championships to four.
• Hathaway will vie for his first title. His best championship finish in the eight years of the series is third in 2013.
• Ranger is looking to capture his third series crown, which would tie Steckly for the all-time lead.
• Dumoulin has an opportunity to become the first back-to-back champion in series history.

At Kawartha Speedway:
• Has welcomed the NASCAR Canadian Tire Series presented by Mobil 1 eight times previously. Held its inaugural NCATS event on Sept. 23, 2007, which was won by Scott Steckly.
• Four drivers have participated in all seven previous events, and all four are expected to extend the streak this week.
• The eight previous races have produced five different winners, led by D.J. Kennington’s three.
• Only J.R. Fitzpatrick, with two, has earned more than one pole across the eight series visits.
• Dodge has been the winning manufacturer in seven of eight events.
• The 2008 and 2009 races were cut short by rain.
• Jason Hathaway and Steckly earned their first career victory at Kawartha.
• There has yet to be a wire-to-wire victory at Kawartha.
• In 2013 Steckly became the first to win from the pole, a feat duplicated by Fitzpatrick last year.
• Pete Shepherd III was the youngest Kawartha race winner at 24 years, one month and 12 days in 2010.
• Steckly was the oldest Kawartha victor at 41 years, six months and 20 days in 2013.

Select Driver Highlights:
Marc-Antoine Camirand (No. 99 Grafoid/Braille Battery Chevrolet)
• Has a pole and nine top 10s in 17 career NASCAR Canadian Tire Series presented by Mobil 1 starts.
• Ranks eighth in points this year with four top fives and seven top 10s and sits second in the Jostens Rookie of the Year standings.
• Has four top fives, six top 10s, an average finish of seventh and a best result of second (Riverside International Speedway, 2015) in seven career oval starts.
• Finished 17th at Kawartha Speedway last year in his debut at the track.

J.F. Dumoulin (No. 04 Bernier Crepeau/Bellemare Dodge)
• Has 15 top 10s in 29 career starts with a best finish of third in the 2015 opener at Canadian Tire Motorsport Park.
• Sits seventh in the standings with six top 10s in 10 events in his first full-time season.
• Has two top fives, four top 10s and an average finish of 8.5 in six career oval starts.
• This will be his first appearance at Kawartha.

Jason Hathaway (No. 3 Fast Eddie/Choko/HGC Chevrolet)
• Has seven wins and 67 top 10s in 108 career starts. Is one of three drivers that have participated in every race in NCATS history.
• Is tied with Andrew Ranger for second in points entering the season finale on the strength of two wins (Autodrome Chaudiere, Sept. CTMP) and eight top 10s in 10 starts.
• Six of his seven wins have come on ovals, where he’s posted 48 top fives and an average finish of eighth across the 69 all-time circle track events.
• Has a win (2008), four top 10s and an average finish of ninth in the previous eight Kawartha events.

Gary Klutt (No. 59 CLT Corp./Legendary Motorcar Dodge)
• Has a win, two poles and 10 top 10s in 16 career NCATS starts.
• Ranks sixth in points with top-10 finishes in seven of 10 races this year and leads the Jostens Rookie of the Year standings entering the season finale.
• Has a pole (Sunset Speedway, 2015), five top 10s and an average finish of 11th in seven career oval races.
• Finished 22nd last year in his Kawartha debut.

Kevin Lacroix (No. 74 Auto Parts Plus/Total Dodge)
• Has two wins in five starts during his debut season. Won road races at Circuit ICAR and Circuit de Trois-Rivieres.
• Is the first driver in series history to win two of his first four starts, and first to record two victories in rookie season.
• This will be his first visit to Kawartha. Finished 16th at Autodrome St-Eustache earlier this year in his only previous oval race.

Andrew Ranger (No. 27 Mopar/Pennzoil Dodge)
• The 2007 and 2009 champion is the series’ all-time leader in wins at 20 and is tied for the poles record at 16. Has 49 top fives and 69 top 10s in 82 career starts.
• Is tied with Jason Hathaway for second in points with six top fives and nine top 10s, highlighted by a win at Autodrome St-Eustache.
• Has five wins, 19 top fives, 36 top 10s and an average finish of seventh in 47 career oval starts.
• Has an average finish of 10th and a best result of second (2012) in four previous Kawartha appearances.

Alex Tagliani (No. 18 EpiPen/CGI/CanTorque Chevrolet)
• Has two wins, six poles and 17 top 10s in 33 career NCATS starts.
• Ranks ninth in points despite missing two events. Has top-10 finishes in each of his eight starts.
• Has a win (Sunset, 2015), a pole (Edmonton, 2014), eight top 10s and an average finish of 12th in 16 career oval races. His Sunset triumph this year marked the first time in series history the winner lapped the field at the finish.
• Made his Kawartha debut last year and finished 21st.

Other Driver Notes
• Matthew Scannell recorded his best career finish last year at Kawartha with an eighth place effort.
• Josh Collins, the first Newfoundland competitor in series history, is set to make his second start after a top-10 debut at Riverside.

Up To Speed:
• The 2015 season is the ninth for the NASCAR Canadian Tire Series presented by Mobil 1.
• The 2015 schedule features 11 races at 10 different tracks across five provinces.
• Rookie Gary Klutt won the season-opening Pinty’s presents the Clarington 200 from the pole at Canadian Tire Motorsport Park on May 17.
• Jason Hathaway reached Budweiser 300 Victory Lane for the second year in a row at Autodrome Chaudiere on June 13.
• Alex Tagliani earned his first NCATS oval victory on June 20 when he won the inaugural Sunset Speedway event.
• Kevin Lacroix reached Victory Lane in just his second NCATS appearance when he won at Circuit ICAR on July 5.
• The western swing began on July 11 at Edmonton International Raceway with Scott Steckly winning in wire-to-wire fashion, a series first in an oval event.
• Steckly completed his western swing sweep as he won from the pole on July 15 at Auto Clearing Motor Speedway.
• Andrew Ranger extended his streak for years with a win to nine with his first career victory at Autodrome St-Eustache on July 25.
• Lacroix passed Ranger on the last lap at Circuit de Trois-Rivieres to win the JuliaWine.com Le 50 Tours on Aug. 2.
• Steckly won the Wounded Warriors Canada 300 from the pole on Aug. 15 at Riverside International Speedway.
• Hathaway scored his first career road course win in the Pinty’s presents the Clarington 200 on Aug. 30 at CTMP.