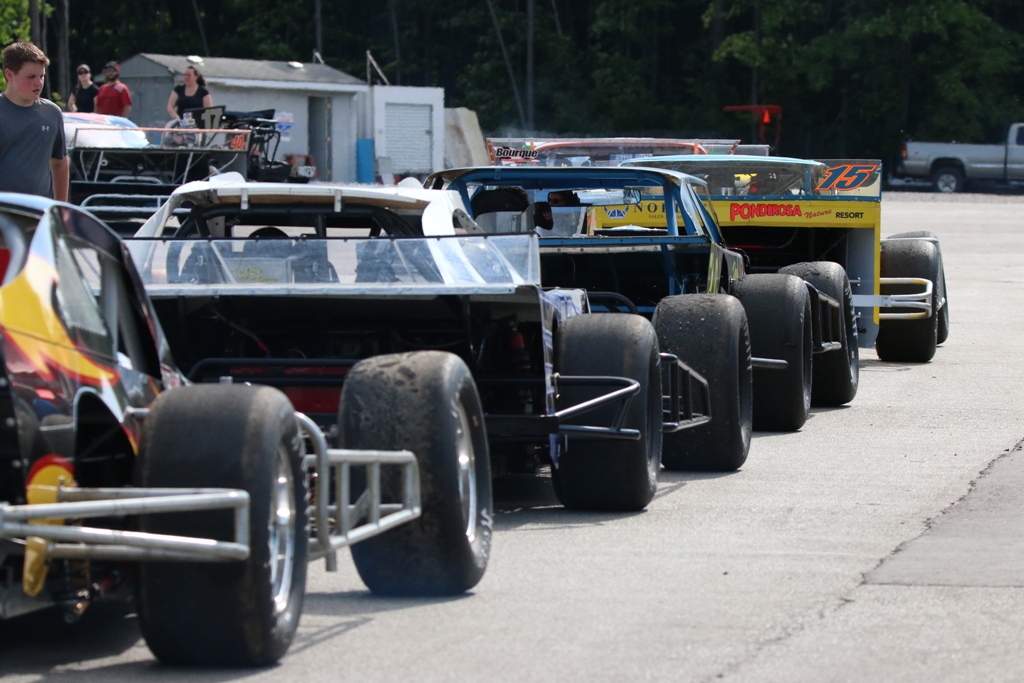 After putting on a show at Delaware Speedway, the Hoosier OSCAAR Modifeds will return to Sunset Speedway for the fourth time of the 2015 season.

Three-time Champion Gary McLean leads the crop into the weekend after winning the last four events at Sunset Speedway. McLean leads the modified drivers in victories at Sunset with 11 victories in 16 races. He currently leads the points standings in search of his fourth championship coming off two straight wins and four wins in the last five events, including the Rick Woolner Memorial at Full Throttle Motor Speedway.

Another McLean to keep an eye on will be Brian McLean as he showed speed during the season opener, finishing sixth. He fell off through the middle of the season, including a wreck in his last appearance at Sunset Speedway, but has posted three top-fives and seven top-10s this season.

Going into the weekend, Gary Elliott is one of the drivers to watch as he has been posting solid finishes with each passing week, getting closer to his first Modified victory. Sunset Speedway marks a good spot for it to happen as he has tons of laps around Sunset in the Late Model division, and has ran upfront at Sunset Speedway. In his last four Sunset appearances, he has finished fifth, second, sixth and 11th.  He’s also coming off of three straight top-10 finishes, highlighted by a podium finish at Flamboro Speedway.

Shane Stickel enters this weekend looking for a strong run after finishing 18th at Delaware Speedway. He has done well this season, scoring his first career victory at FTMS in June and a third place finish at Sauble Speedway. He also knows his way around Sunset Speedway, posting a second place finish in the first event of the season.

Davey Terry missed the season opener at Sunset Speedway, but posted a solid fourth place finish in the second event of 2015 to go along with the podiums from last season. With his modified racing career set to come to a close this weekend, he will be looking to end it on a high with his first career feature victory.

David Balych enters this weekend some Sunset Speedway momentum after a top-nine finish in both of his first two appearances, despite finishing 14th at Sunset in August. He is looking for a good, solid top-10 finish after failing to finish in the top-10 in the last five events.

After driving a wide-range of open-wheel cars over the years, highlighted by a championship in the four-cylinder Outlaw Modified Series last year, A.J. Emms made the jump to the OSCAAR Modified division. He enters this weekend confident following a pair of top-five finishes in the last two races, highlighted by his first career podium finish with a third at Delaware Speedway. The driver of the Allen Adams’ owned No. 99 entry has been solid at Sunset, with a ninth place finish last month.

Sault St. Marie native Mike Hearty has been solid this far this year, including a string of four straight top-10 finishes mid-season. He’s hoping to avoid trouble this weekend so he can score his first top-10 since the last race at Sunset in August.

Dan Price enters this weekend with a bit of momentum, following a 10th place finish at Delaware. He will be hoping to repeat his previous Sunset Speedway success as he finished fourth in August. Fellow Peterborough Thunder Car standout John Baker Jr. has been solid this year, posting a pair of runner-up finishes. He’ll be looking for his 10th straight top-10 finish thus far this season, as he’s been solid since finishing 12th in the season opener.

Cory Horner enters his first full season on the tour after running the final two events of last season. He has been turning a lot of heads this early in the season with nine top-seven finishes in 12 modified events, highlighted by a third and a second at Sunset Speedway to start this season.

Chris Milwain has showed a ton of speed, but hadn’t found the luck till he got to Peterborough Speedway, posting a 10th place finish. Since then, he has finished in the top-10 in each of the four following races, highlighted by a fifth at Sunset in August.

Beyond those mentioned here, there are other drivers that may show their face on Saturday night so be sure to be in attendance to see these cars in action. Details about the event can be found at http://www.oscaar.ca or http://www.sunsetspeedway.ca.