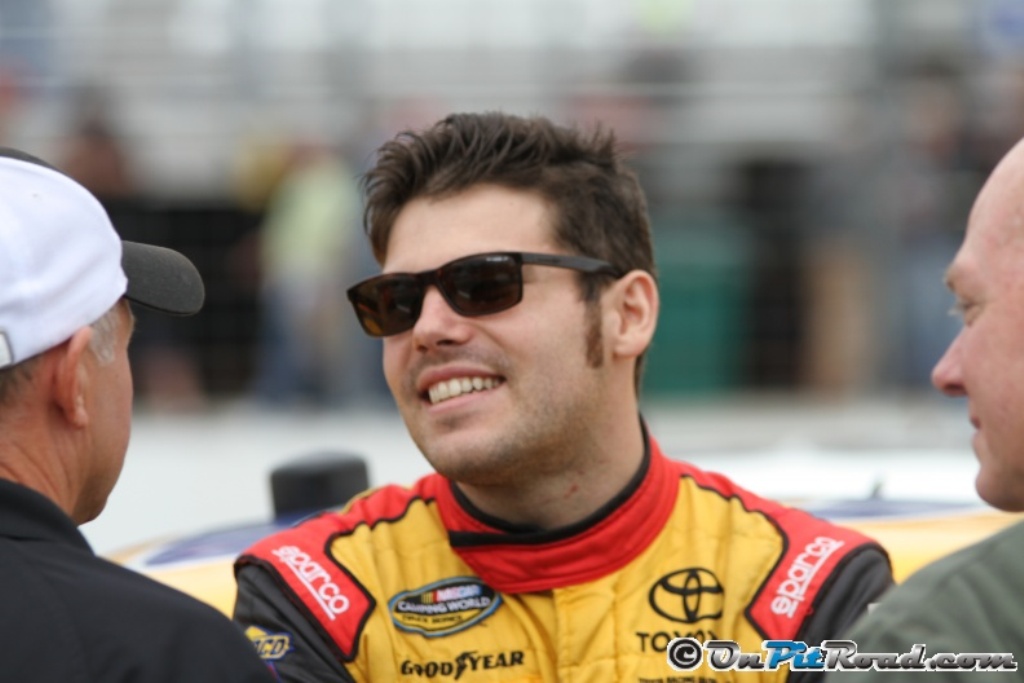 (Concord, N.C. Sep. 28, 2015) – Athenian Motorsports has elected to strengthen its efforts in the NASCAR Camping World Truck Series for the remainder of the current season and in 2016.

AMS will withdraw its No. 25 Chevrolet from this weekend’s NASCAR XFINITY Series race in Dover, Delaware and focus solely on the No. 05 Chevrolet during Saturday night’s Truck Series race at Las Vegas.

A decision on entering future XFINITY Series events will be made on a race-by-race basis.

Zaxby’s has been a fixture in NASCAR since 2007 with driver John Wes Townley. In July 2014, Zaxby’s joined forces with Athenian Motorsports. AALMS will operate out of a new, state-of-the-art, 43,000 square foot facility in Concord, N.C. in 2015. The team will carry the Zaxby’s colors as it fields full-time entries in the NASCAR XFINITY Series and NASCAR Camping World Truck Series.

An alternative to fast food, Zaxby’s offers its guests prepared-at-order Chicken Fingerz, Traditional or Boneless Wings, sandwiches, Zalads and Zappetizers, along with a variety of nine sauces ranging from Wimpy and Tongue Torch to Nuclear and Insane. Childhood friends Zach McLeroy and Tony Townley hatched the Athens, Ga.-based chain in 1990 to provide a fun, relaxing atmosphere that would keep guests coming back for more. The company ranked number seven in the 2012 Top 10 Excellent Large Fast-Food Chains With 500 Or More U.S. Units Quick-Track study published by Sandelman & Associates. The chain also ranked number five in the nation for total sales and number one in the chicken segment in the 2012 Top 150 Fast-Casual Chain Restaurant Report published by Technomic. In honor of the thousands of children the restaurant chain serves every year, Zaxby’s is a proud supporter of Make-A-Wish. The company operates more than 595 locations in 13 states, including Alabama, Arkansas, Florida, Georgia, Indiana, Kentucky, Louisiana, Mississippi, North Carolina, South Carolina, Tennessee, Texas and Virginia.