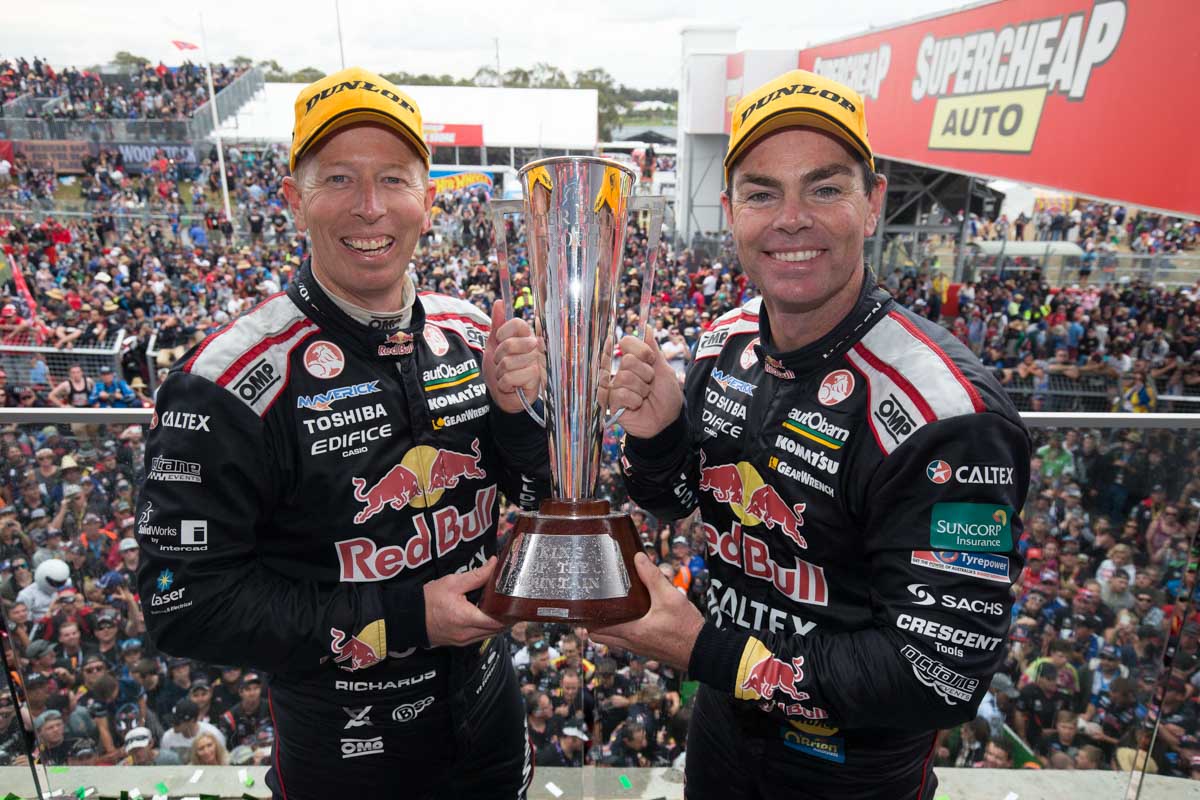 Fan favourite and one of the greats of Australian motor sport Craig Lowndes received a thunderous ovation from his legion of supporters after taking out his sixth Supercheap Auto Bathurst 1000.

It also takes him one step closer to equalling the nine wins of his legendary mentor Peter Brock.
“Nine wins is a lot of wins!” he said of equalling Brock’s record.

“He was obviously very instrumental in helping me when I first came to the place, and it’s an honour to have our names put on that [Peter Brock] trophy.”

Lowndes understands how popular the win is, his first Bathurst victory since 2010.

“That last lap I backed off and really enjoyed the lap for what it was,” he said.

“I could see the crowd going wild across the top and the flags flying everywhere.

“It’s a great time for us and it’s great to be get back onto the podium and to be on the top step with Richo is really nice.”

The win – Holden’s 30th victory on the mountain, moves Lowndes into second in the Championship behind Mark Winterbottom.

Second place man Winterbottom has extended his Championship lead, but was adamant it wasn’t a consideration on-track today. He was out there to win.

“I wasn’t thinking about the championship,” Winterbottom said.

“I just wanted to win it. When you go home and look at the points, you go okay, that was good. But when we were cruising around, you’re leaning on it.”

Garth Tander and Warren Luff took the final podium place after a spirited drive from Tander in the late stages of the race.

“A couple of gaps opened up, so I put my nose in and left it there,” Tander said of his run through the pack.

“You take your chances in the last stint. We were eighth at the last restart, and within a couple of laps we were third.”

Fabian Coulthard/Luke Youlden and Scott McLaughlin/Alex Premat, who were in the running for the podium until a late race tussle, rounded out the top five.

Wet weather hit the Mountain just past the mid-point of the race, forcing a change to pit and co-driver strategy making for enthralling viewing.

Winterbottom leads the Championship by 399 points over Lowndes – with Chaz Mostert falling to fourth after his major shunt on Friday put him out for the season.