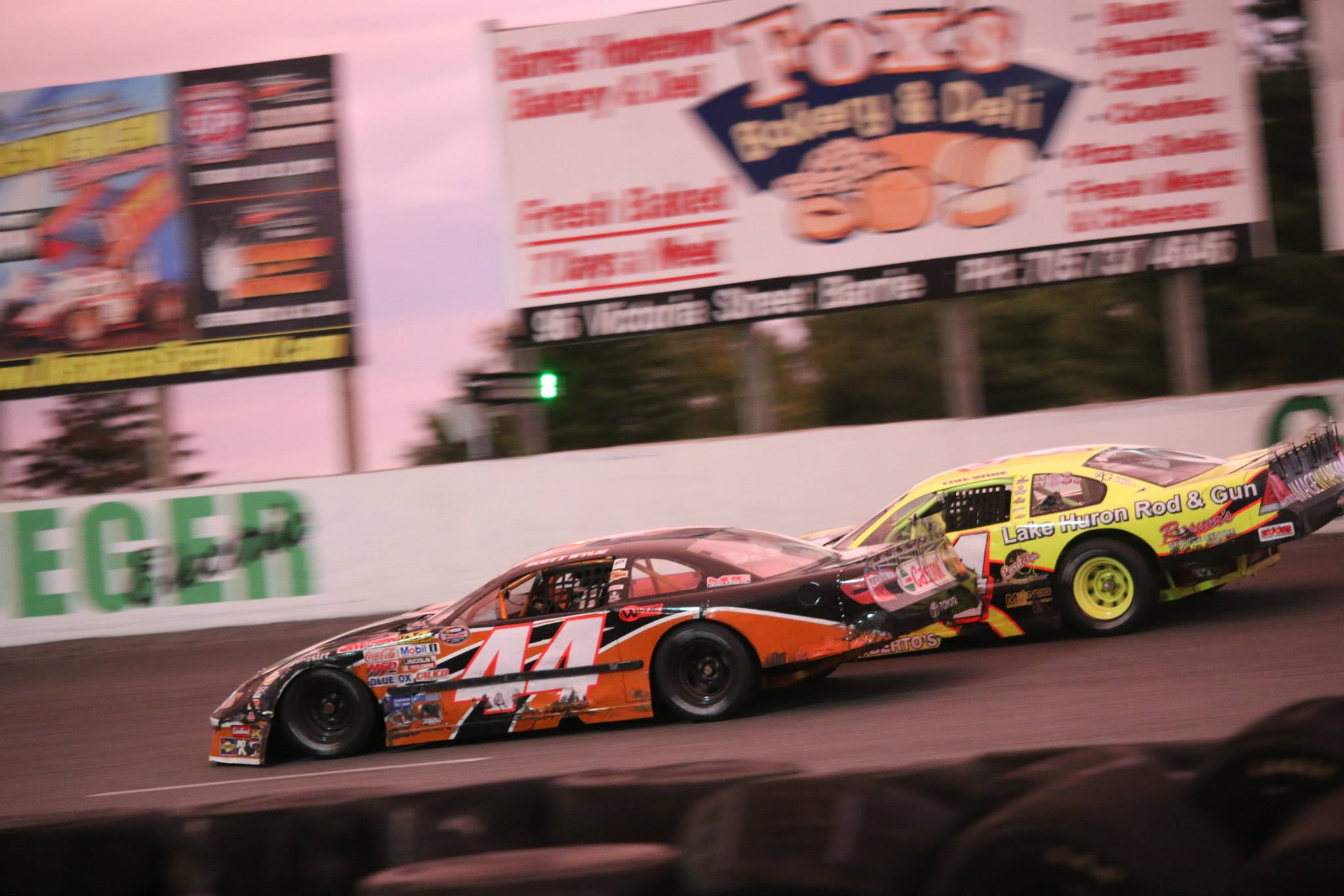 They say it’s never too early to start planning for the upcoming race season, and it seems to be the truth with the Ontario short tracks. Three of the tracks have already released their tentative schedules for 2016 to give their drivers, teams and fans an idea of what to expect in the upcoming season.

Sunset Speedway kicked off the unveiling, announcing their tentative schedule on November 11.

The schedule mimics that of the previous season, with minor changes throughout. The regular divisions will be running a couple extra nights to allow their drivers to earn as many points as they can towards the NASCAR Whelen All-American Series Standings.

Also, rather than running the OSCAAR divisions, Sunset Speedway has developed their own Super Late Model division. The Avenue Auto Parts Super Late Models are set to run their debut campaign in 2016, consisting of a five-race schedule. Sunset’s own SLM division comes as a result of a disagreement between the track’s general manager Mark Dilley and OSCAAR.

OSCAAR Series President Dave Gainforth was on Race Time Radio a couple weeks ago, discussing the very topic and the series’ plans for 2016. That audio can be listened to via Race Time Radio’s website by clicking here. Mark Dilley also spoke of the new division, via a youtube interview with Sunset Speedway’s track announcer Spencer Lewis.

The new schedule certainly has shortened from 2015, as they will race the last week of June through the first week of September, versus going from the beginning of June to September. The reasoning behind that via track promotor Jason Thom is a successful fan turn-out partially depends on traffic to Sauble Beach, and that doesn’t kick up till the warm weather comes. Thom added that the new schedule allows those late model drivers focusing on the APC Auto Parts tour, in which the majority of Sauble’s drivers do that, a less stressful schedule.

The new schedule also sees the removal of the traditional Battle of the Beach events that took place on a Wednesday night during the summer, with those traded in for more traditional Sunday invitationals. The idea is that it should attract a larger fan base and car count.

The biggest change for FTMS is they will switch from running Friday nights to running Saturday nights in 2016, in hopes of getting a larger attendance and bigger car count. The other edition noticed quickly by many is the expansion of the quarter-mile’s invitationals. It should make for quite the excitement on the shortest track in the province.

The other new addition teams to the divisions running as the OSCAAR Super Late Models will run a 40 lap feature on September 11. They have attended the facility in the past, running an exhibition event. However, they hadn’t returned back to the oval since then. This upcoming season will mark their return in what promises to be a strong event.

With the schedules that have been already been revealed, the 2016 season is already promising to be full of excitement across the board once again in Ontario. It’ll be interesting to see what the three remaining tracks – Peterborough Speedway, Flamboro Speedway and Delaware Speedway – reveal in the coming weeks.