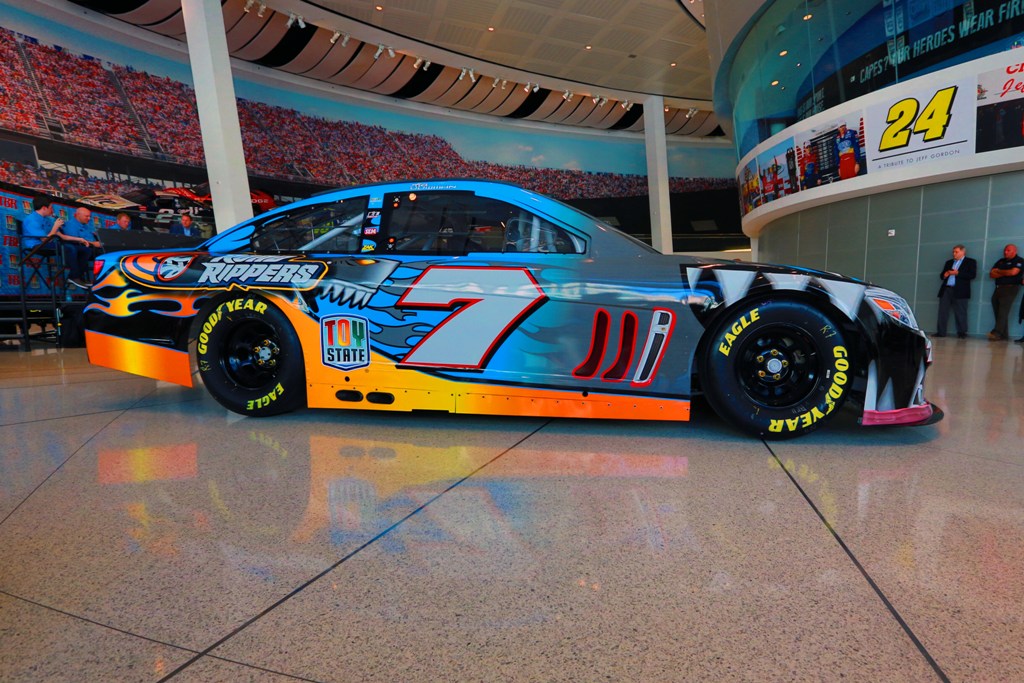 NASCAR fans were first introduced to Toy State’s extensive portfolio as the No. 7 Tommy Baldwin Racing Chevrolet featured their flagship Road Rippers® and Nikko™ brands during the 2015 season. The company boasts brands that include Hot Wheels™, WWE® and James Bond 007™ “lights & sound” and radio controlled vehicles, as well as Cat® and Cat® Preschool construction toys.

The partnership between Nikko RC/ Toy State and Tommy Baldwin Racing will feature their brand as a primary sponsor of the No. 7 team in 13 NASCAR Sprint Cup races during the 2016 season and as an associate-level partner in 14 other races.

“Nikko RC/Toy State’s level of commitment to our team during the 2015 season allowed us to strengthen our program. The multi-year partnership has enabled us to set realistic goals and expectations for towards our continued growth,” said team owner Tommy Baldwin.

“2015 was a great experience for Toy State as a first-time team sponsor with Tommy Baldwin Racing,” said Andy Friess, President of Toy State. “We are thrilled to announce this multi-year sponsorship with the team. The growth potential of TBR and Toy State is limitless and we’re excited about the many business opportunities throughout NASCAR as a whole.”

Founded in 2009, Tommy Baldwin Racing is a NASCAR organization that fields the No. 7 Chevrolet driven by Alex Bowman in the NASCAR Sprint Cup Series. Baldwin, a native of Long Island, New York, is a Daytona 500-winning crew chief in his seventh season as a full-time Cup Series car owner.