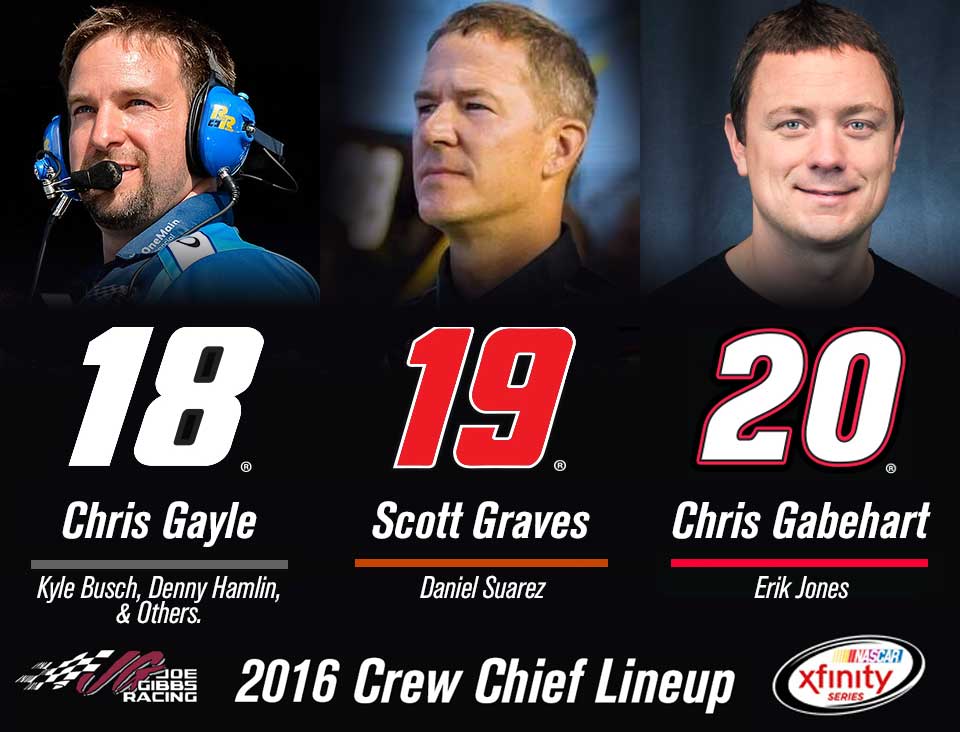 Scott Graves joins Joe Gibbs Racing from Roush Fenway Racing and will lead 2015 Rookie of the Year Daniel Suarez in the No. 19 Toyota Camry. Graves won the 2015 XFINITY Series championship with Chris Buescher.

Chris Gayle will return for his fourth season as a crew chief at JGR and lead the No. 18 Toyota Camry team with Kyle Busch, Denny Hamlin and others.

Sponsorship announcements for the teams will be made at a later date.