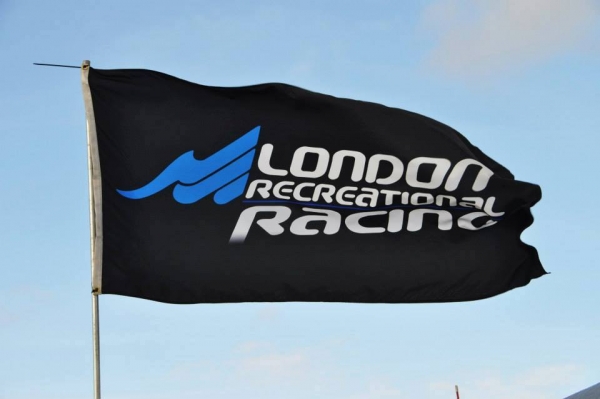 CAMBRIDGE, ON- After a banner 2014 season, London Recreational Racing drivers and team members were tasked with the unenviable task of following up on one of the most collectively impressive years in recent Ontario history. Despite the tall order – the squad followed up with a headline-dominating 2015 season that netted an abundance of race wins, championships and head-turning moments.

The team was led by Pro Late Model ace Shawn Chenoweth, who tackled the upstart APC United Late Model Series in 2016. ‘The Mastodon’ spent more time atop the tour’s point standings than any other driver on the roster – turning in 5 top-5s finishes in his 7 tour appearances, including a series-leading two victories at Flamboro and Peterborough.

A mechanical issue in the penultimate event at Sunset Speedway set up a last-round showdown for the inaugural championship, between Chenoweth and perennial rival Dale Shaw. Ultimately, Chenoweth would finish 2nd in the race for the tour championship – promising to draw motivation from his roller-coaster season to put forth an even greater effort in 2016.

Outside of APC Series sanctioned competition, Chenoweth added a second career Autumn Colours Classic to his Pro Late Model resume, leading all 115-laps of the event. On off weekends, Chenoweth made sure to stay active in his familiar No. 89 Thunder Car, capturing 13 weekly triumphs at Flamboro Speedway en route to a track championship in addition to his third career ‘Frostfest’ event title.

“When Shawn and I sat down and made the decision to follow the APC Series this season, we knew that it was going to take a new kind of effort and dedication,” explains LRR founder Mike Schmidt. “Shawn has never been anything but a competitor, but what he was able to do in 2015 was something we’ve never seen from him before. It felt like Shawn was getting better every single week this year, and if that continues, he’ll be more than ready for another shot at a championship in 2016”

Former Super Late Model champion Andrew Gresel joined Chenoweth in APC Series competition – but experienced a much different 2015 campaign. After suffering DNFs in 4 of his first 5 tour events, Gresel broke through for a momentous victory in Round 6 at Sunset Speedway in August. The accomplishment was made even more dramatic with the fact that Gresel squeaked into the event through the Last Chance Qualifier, having to charge from Row 10 on the grid to earn the victory. From there, Gresel won 2 out of 3 rounds of Flamboro’s end-of-season Grisdale Triple Crown event and registered a podium finish at Peterborough’s lauded Autumn Colours Classic.

“I can’t explain just how proud I was of Andrew and his entire team this year,” smiles Schmidt. “The beginning of his season was an absolute nightmare. A lot of guys would have quit. They would have packed up and gotten a head start on 2016. But, through it all, Andrew never once entertained the thought of giving up. No matter how bad things were, Andrew was right there ready to bounce back and try again. He worked as hard as anyone in the province this season – and that’s what made his win at Sunset all the more special”

London Recreational Racing was represented on the OSCAAR Super Late Model Tour by second-year team member Kelly Balson. ‘The Crowd Pleaser’ displayed incredible improvement since his rookie Super Late Model venture in 2014, registering 6 top-5 finishes in 7 OSCAAR starts. Balson’s three podium finishes helped cement his place amongst the tour’s elite, and sent a message that his Hampton, ON-based team was more than ready to contend for top honours on the OSCAAR tour.

“Kelly and his team don’t ever seem to stop learning,” says Schmidt. “They walked into Super Late Model racing last year having to learn everything on the fly. It’s like trying to jump onto a moving train. But, through all of their ups-and-downs in 2014, they established a terrific base and really used it to their advantage this season. To watch Kelly now, and compare it to where he was in 2014, it doesn’t even look like the same driver. He’s only going to keep improving – and he’s going to be ready to win a lot of races when he gets back behind the wheel in 2016”

“Brad is as solid as any driver on the LRR roster,” explains Schmidt. “There aren’t many nights that he unloads at Flamboro in which he’s not in the mix by the time the laps start to count. Flamboro’s Thunder Car division had a big resurgence in the second half of 2015, and Brad was the man to beat virtually any night he was on the racetrack”

In Ltd. Late Model action, Peterborough Speedway racer Amanda Connolly made the most of a limited schedule, tallying a trio of top-5 finishes through the final three months of the season, highlighted by a runner-up effort on September 5th.

“At no time did Amanda ever look like she was only running a partial schedule,” says Schmidt. “She was ‘on’ every single night she was competing. There was no rust and she didn’t take any extra time to get up to speed. She concentrated a big part of her season on helping with [husband and teammate] Kelly Balson’s Super Late Model program and getting married, but when she gets back to business in 2016 I think she’s going to have something for the Peterborough Speedway Late Model division”

Mini Stock veteran Russ Aicken earned his second consecutive Flamboro Speedway championship under the LRR banner in 2015, with a dominating campaign that included 7 trips to victory lane and saw Aicken control the Mini Stock points standings for the duration of the season.

“Russ showed the entire province that his championship win last year was anything but a fluke,” opines Schmidt. “He’s been doing this a long time, and he has become one of the top Mini Stock racers anywhere in Ontario. Back-to-Back championships are never easy to accomplish, but that’s especially true in a division that evolves and changes as quickly and as often as the Mini Stock division”

‘The Instant Classic’ Andy Kamrath was back with the team in 2015 and clocked in with a total of three Sunset Speedway feature wins – in addition to a thrilling runner-up finish at Peterborough Speedway’s Autumn Colours Classic. Despite a rash of mid-season engine troubles, Kamrath continued to find ways to keep his familiar No. 35 at the top of Ontario’s always interesting Mini Stock conversation.

“Andy Kamrath has never been in a boring race,” laughs Schmidt. “No matter where he is on the racetrack, he finds a way to keep things interesting. Most teams would have difficulty fighting through four blown motors, but Andy just seemed to work harder every time something went wrong – and that’s awfully tough not to notice”

“Both Justin and Jake did a fantastic job in their first full season on the LRR roster,” smiles Schmidt. “Our team is getting better every season, and thanks to emerging talent like Justin and Jake, we’re also getting younger. They both improved so much from where they were at the beginning of 2015, and I can’t wait to see where their skillsets are at this time next year.”