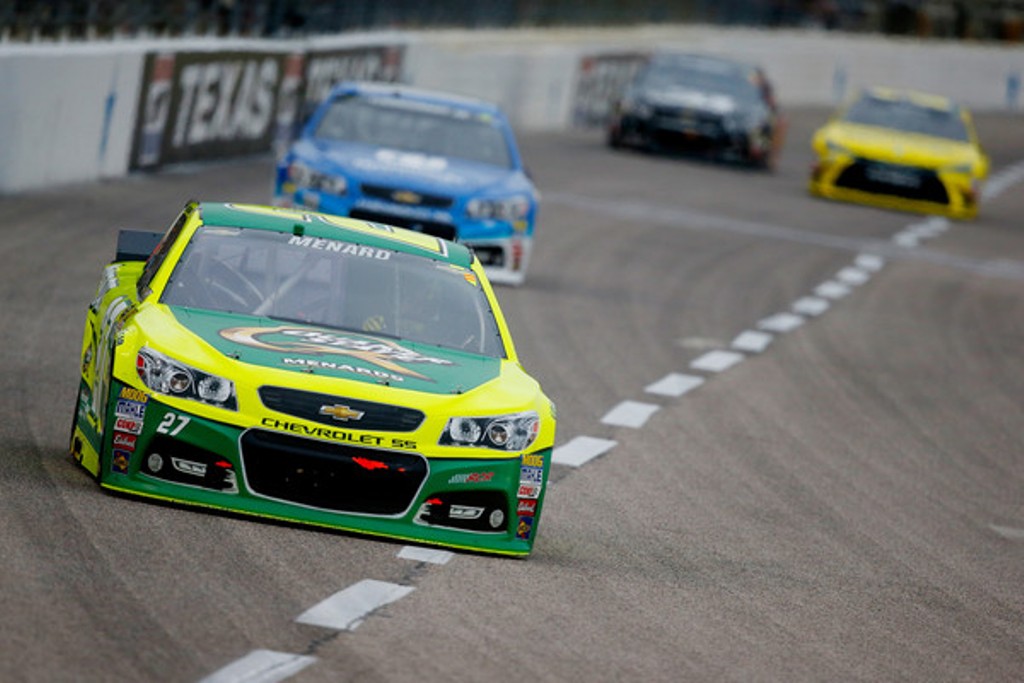 WELCOME, N.C. (January 12, 2016) – Building on the triumphs from 2015, Menards will continue its partnership with Richard Childress Racing’s NASCAR XFINITY Series program as a primary sponsor for select races with both the No. 2 Chevrolet with Paul Menard and the No. 33 Chevrolet with Brandon Jones for the 2016 season.

Menards, the third-largest home improvement store in the United States, has been prevalent in RCR’s XFINITY Series campaign since 2012.

“We are excited to be back for another season of NASCAR XFINITY Series racing with RCR. Last year proved to be a success with Paul Menard’s win in our home state of Wisconsin at Road America along with four top-five and eight top-10 finishes with Menard and Brandon Jones behind the wheel,” said Jeff Abbott, Menards Promotion Manager. “We are proud of the caliber of race cars Richard Childress and his team bring to the race track each weekend. We look forward to another exciting season in 2016 with Jones and Menard behind the wheel again.”

Menard will drive the No. 2 Richmond/Menards Chevrolet Camaro for select events in 2016, while maintaining a full-time schedule in the No. 27 NASCAR Sprint Cup Series entry for RCR. The Eau Claire, Wis.-native is a three-time XFINITY Series race winner with five pole awards, 34 top-five and 87 top-10 finishes. Menard will kick off the season at Atlanta Motor Speedway, making his 200th XFINITY Series start.

Danny Stockman will return as crew chief of the No. 2 Richmond/Menards Chevrolet team with Menard. The duo captured the win at Road America, earning Menard a victory in his home state of Wisconsin in 2015.

As previously announced, Jones, an 18-year-old driver hailing from Atlanta, Ga., will compete on a full-time basis in the XFINITY Series in 2016. Jones made his XFINITY Series debut with RCR at Iowa Speedway in 2015. The rookie driver earned one top-five and two top-10 finishes with a total of 16 laps led in five starts last season.

Mike Hillman Jr. has been named crew chief for Jones and the No. 33 team. Hillman Jr.’s 12 years of experience will help guide the young driver in his rookie season in the series. The veteran crew chief joined RCR in 2015 and recorded 18 top-five starting positions, resulting in six top-five and 18 top-10 finishes throughout the 2015 season. Menards will be Jones’ primary sponsor at the season opener at Daytona International Speedway on February 20th.

“Menards’ continued support this season with Paul Menard and Brandon Jones in the XFINITY Series is a true testament to their commitment to RCR and this sport,” said Richard Childress, CEO and Chairman of Richard Childress Racing. “The Menards racing team found success last season with Paul winning in his home state of Wisconsin and Brandon’s solid finishes on track. We hope to build on that success this year and provide Menards an opportunity to be a winning company both on and off the race track.”

Menards has a long, successful history as a racing sponsor dating back to the 1970’s which includes one of NASCAR’s crown jewels, the 2011 Brickyard 400 at Indianapolis Motor Speedway with driver Paul Menard. A family-owned company started in 1960 and headquartered in Eau Claire, Wis., Menards has 297retail store locations throughout the Midwest.

For additional information on today’s announcement, and all that’s happening at RCR, please visit rcrracing.com.

With 297 stores in 14 Midwestern states, Menards has the tools, materials and supplies for all your home improvement needs whether you just need a light bulb or a can of paint to building a deck or new home. Menards is known throughout the home improvement industry as the place to Save BIG Money!  Menards does things  right – the company’s strength and success can be seen in the well-stocked and maintained stores, the lowest prices in town and the way guests are always treated like family in a hometown hardware store atmosphere.