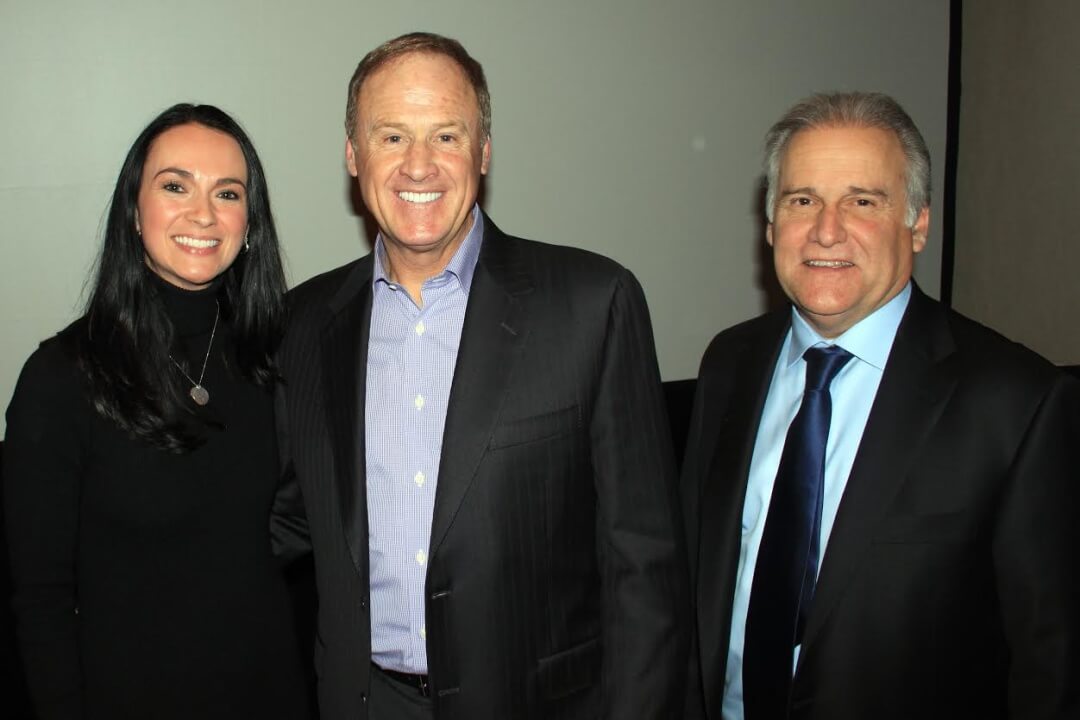 MARTINSVILLE, Va. (Jan 21, 2015) – It’s been 11 years since Rusty Wallace wheeled a race car around Martinsville Speedway, but the seven-time winner at the historic half-mile was back in town Thursday night as the guest speaker at the Martinsville / Henry County Chamber of Commerce Annual Meeting.

Wallace, who was inducted into the NASCAR Hall of Fame in 2013, talked to a group of more than 200 business leaders at Chatmoss Country Club about some of his favorite memories both at the track and around town.

“My very first win here at Martinsville,” Wallace said when recalling his favorite wins. “I won at Bristol, Tennessee about three weeks before that and a lot of people thought that was just a fluke. Then I came to Martinsville and I won again. When I won, in my heart I said I’ve made it. It wasn’t a fluke. It was the real deal. I’d locked up two victories in a three or four week period.”

Wallace also talked about his final career win as another victory that will always stand out in his mind.

“I had a spell where I didn’t think I was going to win again because it was getting tough on me,” he said. “Then, I come here and win for my 55th victory and lock it down and announce my retirement from driving a car and that was it.”

Martinsville Speedway President Clay Campbell said that for what Wallace did on the track, he has done just as much for the sport in retirement.

“Since the day Rusty stepped out of the car he has been working to help grow the sport,” Campbell said. “Rusty’s been involved as a car owner, broadcaster and works tirelessly as an ambassador for NASCAR. Having him here tonight certainly helps Martinsville Speedway, but it also helps NASCAR as a whole.”

Wallace is no stranger to the venue for the dinner either, as he said it was one of his favorite places to visit, not just in Martinsville but on the whole tour.

“Talk about relaxed and feeling good, when I had a chance to go golfing that was a really cool time. And this particular place where at right now, Chatmoss, they always took care of me real good,” he said. “I’m a big golfer. I love to golf and all the drivers love to golf. So when I leave the racetrack, we get done with practice on Saturday at noon, and when we get done with practice the first thing I would do is load up and come right out here to go golfing.”

Of course it helped that he always felt at home on the track at Martinsville, as well.

“If you hate short track racing, I’m already in your head, because I’m going to kick your butt dude,” he said. “I love this place and it’s was just one of those race tracks I always looked forward going to.”

The Sprint Cup Series takes to the track on Sunday, April 3, for the STP 500.

Tickets are on sale now and can be purchased by calling 877.RACE.TIX or online at www.martinsvillespeedway.com.