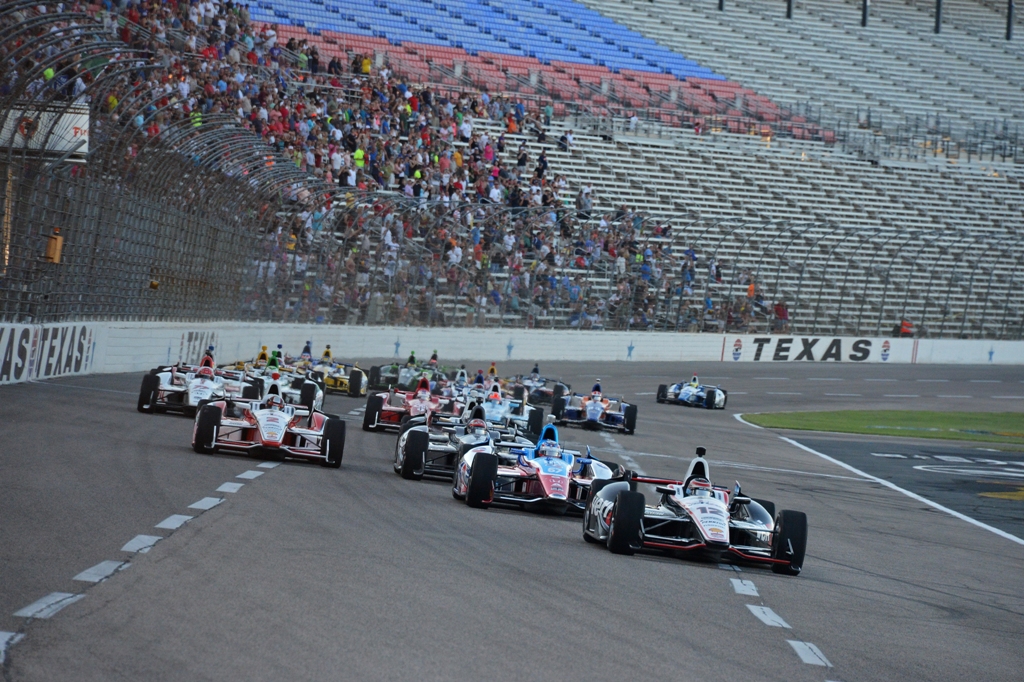 FORT WORTH, Texas (January 22, 2016) – The LKCM Radio Group L.P., anchored by 95.9 FM The Ranch in Fort Worth, has signed a three-year agreement beginning in 2016 to be the official radio broadcast partner of Texas Motor Speedway.

“Texas Motor Speedway and LKCM Radio Group have been consistently growing our relationship since 2010,” Texas Motor Speedway Assistant General Manager and Vice President of Events Kenton Nelson said. “This is a landmark deal for both parties, and we are looking forward to continuing to expand our reach to all motorsports fans with not only The Ranch, but all of the stations that make up the regional footprint that the LKCM Radio Group encompasses.”

This is a landmark deal for the LKCM Radio Group as the company embarks on its first official partnership with a sports entity in the 14-year history of the company.

“Texas Motor Speedway does a phenomenal job engaging their fan base,” LKCM Radio Group President Gerry Schlegel said. “We are excited to partner with their entire team. Our teams have worked together in recent years and we see a lot of synergy in the way we market and position our brands.

In addition to the various and mutual sponsor, advertising and signage opportunities, other benefits of the partnership include:

• The Ranch and 92.1 Hank FM featuring a weekly motorsports roundup each Monday morning from February through November, including audio from the race winners and other drivers in NASCAR and INDYCAR.

• The Ranch promoting and playing host to fan watching parties for the Daytona 500 and Indianapolis 500.

With a crowd capacity in excess of 190,000, Texas Motor Speedway is among the largest sports stadiums in America and features an array of amenities, including the world’s largest, high-definition LED video board, that make it one of the premier venues in the world of sports. Known as “The Great American Speedway!,” the 1.5-mile superspeedway located in Fort Worth plays host to two races in the NASCAR Sprint Cup Series, XFINITY Series and Camping World Truck Series as well as one in the Verizon IndyCar Series.

The attendances for the NASCAR Sprint Cup events since the facility opened in 1997 annually rank among the nation’s largest sporting events and also are the largest-attended, single-day sporting events in Texas. Since opening, Texas Motor Speedway has had an annual economic impact of approximately $300 million to the North Texas region. Texas Motor Speedway is owned and operated by Speedway Motorsports, Inc., a publicly traded company that is a leading marketer and promoter of motorsports entertainment in the United States. For more information, please visitwww.texasmotorspeedway.com.

LKCM Radio Group, L.P. is a radio broadcast business based in Fort Worth, Texas founded in 2002. LKCM Radio Group, L.P. owns and operates 10 radio stations and digital platforms, including four in north central Texas, five in Oklahoma and one in Nevada. The company has offices in Fort Worth, Granbury, Corsicana, Jacksboro and Wichita Falls, TX; Ardmore and Frederick, OK; and Mesquite and Las Vegas, NV. Programming varies by station, ranging from country, rock and dance to sports talk. The flagship station is KFWR 95.9 The Ranch – The Sound of Texas. The popular alternative country station is best known for “Texas & Red Dirt” music, community involvement, concerts and events appealing to the Texas country lifestyle and is delivered by live and local personalities.

With more than 400,000 downloads of the app, the Ranch has developed an engaging digital platform and an interactive, loyal following. In January 2013, KFWR upgraded facilities to a 100,000-watt class C0 FM license. The expanded coverage increased service from approximately 1 million to more than 3 million potential listeners in the primary service area. The Ranch broadcasts alongside radio station KTFW 92.1 Hank FM, from state-of-the-art showcase studios located on Main Street in Sundance Square, the heart of downtown Fort Worth. 92.1 Hank FM – Plays Everything Country – and features an expansive music playlist from the late 70’s to today. Delivered by award-winning local personalities, 92.1 Hank FM’s wide variety of greatest hits appeals to a broad market in over 13 counties across north central Texas.