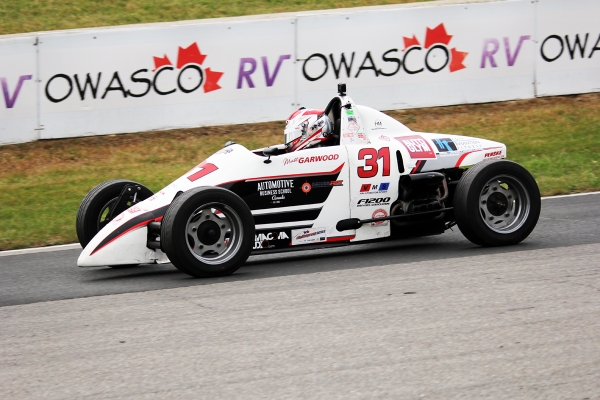 Core Evolution Fitness is a training program led and operated by Dave Fraser, a highly skilled, energetic and dynamic Certified fitness trainer with over twenty years of experience in the health and wellness industry. Fraser’s program will ensure Garwood has the strength and stamina to chase after race wins throughout his 2016 season.

Matt Garwood: “I’m honored to be partnered with Core Evolution Fitness once again throughout 2016 racing season. This will be our third year partnered together and our goal is to win the 2016 Challenge Cup Series Championship and race wins. With the help of Dave and his team anything is possible.”

You can learn more about Core Evolution Fitness’ programs online at www.coreevolutionfitness.com or on Facebook and Twitter

To learn more about Matt Garwood and his racing program please visit www.mattgarwoodracing.com, www.facebook.com/MattGarwoodRacing and follow him on Twitter at @mattgarwood31.

About Matt Garwood: Matt is a 20 year-old race car driver from Elmvale, Ontario and a recent graduate from the Automotive Business School of Canada. Matt competes in the Formula 1200 open wheel racing series and in the near future looks to jump from regional racing to a national level series such as the Canadian Touring Car championship. He is a 5-time Canadian Karting League Champion and the 2012 Formula 1200 Rookie of the Year and 2015 Formula 1200 Challenge Cup Series Champion.