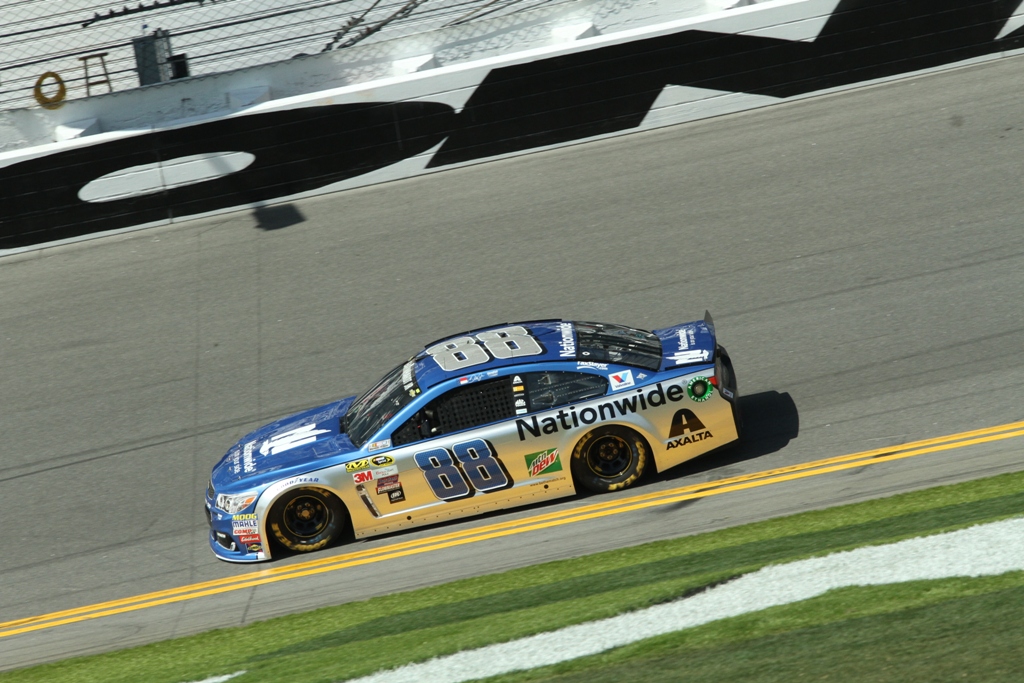 In the final practice ahead of Sunday’s Great American Race, only 25 of the 40 starters would take to the track for practice laps. While speeds do not mean much as it all depends on whether you catch a draft at the right time and how you close up on someone, a familiar face found his way to the top once again.

Cam-Am Duel Race 1 winner Dale Earnhardt Jr. would make eight lap during the session, closing up on a small draft to post the quickest speed of 197.131 mph. Earnhardt has emerged as one of the heavy favourites based on the speed shown thus far this weekend, and driving a familiar chassis.

“We caught a little draft there so that’s why we put that number up there on the board, but we’re just trying to do single car runs,” Earnhardt said. “The car has great speed and I’m really looking forward to the race. The track is just starting to age and it’s getting a little slick, and the surface is just going to get better and better over the years.”

The Team Penske trio would take the next three spots, with 2015 Daytona 500 winner Joey Logano in second, followed by Ryan Blaney and Brad Keselowski. Notably, Blaney is driving for the Wood Brothers Racing, but that team has a new alliance with Team Penske this year.