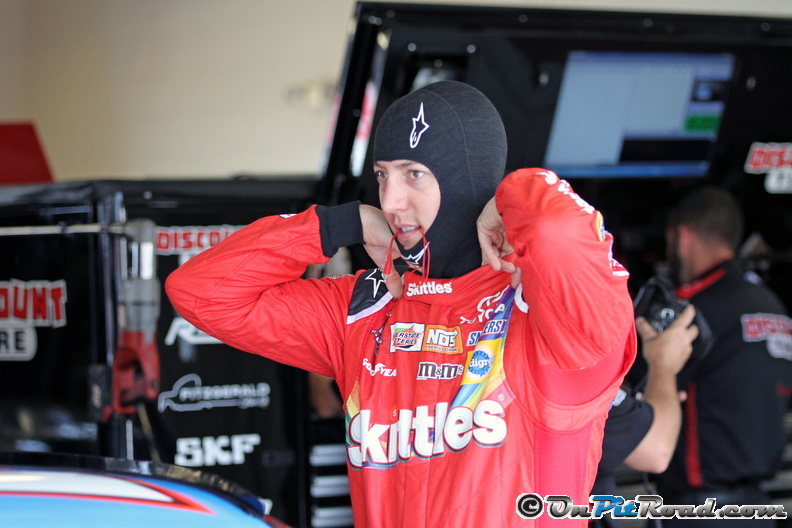 The NASCAR Xfinity Series heads to the Atlanta Motor Speedway on Saturday for the Rinnai 250. Following a wild PowerShares QQQ 300 at the Daytona International Speedway, Ryan Reed enters as the points leader following his victory. It will be the debut of the new three stage format at the Atlanta Motor Speedway which will definitely add some excitement to the 250 mile race on Saturday. It will also be the final NASCAR Xfinity Series race on the old racing surface as the track will be going through a repave once racing action is finished on Sunday evening.

The first Xfinity race at the Atlanta came in March 1992. A young Jeff Gordon gained his first career victory that day. Later that season Gordon would make his debut in what is now known as the Monster Energy NASCAR Cup Series in the season finale. Since that event, there have been 24 races in the series at Atlanta.

The defending winner of the Rinnai 250 is Kyle Busch who dominated last season en route to his first victory at Atlanta in the Xfinity Series along with gaining Toyota their first victory in the series at Atlanta. Busch makes his first of 10 season starts, and is seeking his 87th career victory in the series. Busch will pilot the No. 18 NOS Energy Drink Toyota Camry in the race on Saturday. He joins ten other non-point eligible drivers in the field for Saturday’s race.

Joining Busch in the field is Kevin Harvick making his season debut behind the wheel of the No. 41 Textron Off Road Ford Mustang for Stewart-Haas Racing. It will be their second entry in the series as Cole Custer pilots the No. 00 Ford full-time. When Harvick is entered in a race at Atlanta, the field has to be on it’s toes. He holds the most win at the Hampton, Georgia track with a total of four victories, his most recent coming in 2015. His experience at the track should help rookie Cole Custer, and help the California driver get a extra track time before Sunday’s Folds Of Honor QuikTrip 500.

As noted above, Ryan Reed enters Atlanta with the points lead following his second career victory last weekend in Daytona. He makes his fourth start at Atlanta with his best finish last season of 15th. He and teammate Darrell Wallace Jr. will seek to add onto Roush-Fenway Racing’s stats at the track as the team holds the most victories at the track with seven with their most recent coming in 2012 with Ricky Stenhouse Jr.

Kyle Larson, the driver who finished second last season to Kyle Busch, will make his season debut behind the wheel of the No. 42 Jacob Companies Chevrolet Camaro for Chip Ganassi Racing. Tyler Reddick drove that car last weekend in Daytona to a 20th-place finish. Along with trying to get his first victory in Atlanta, he could also get Ganassi’s first win in the Xfinity Series at Atlanta.

Some new faces make their season debut this weekend. Brandon Brown will pilot the No. 90 SunFrog Shirts Chevrolet Camaro and Josh Bilicki will drive the No. 97 for Obaika Racing. Both drivers have raced in the NASCAR Xfinity Series before, but both will attempt their Atlanta debut in the series.