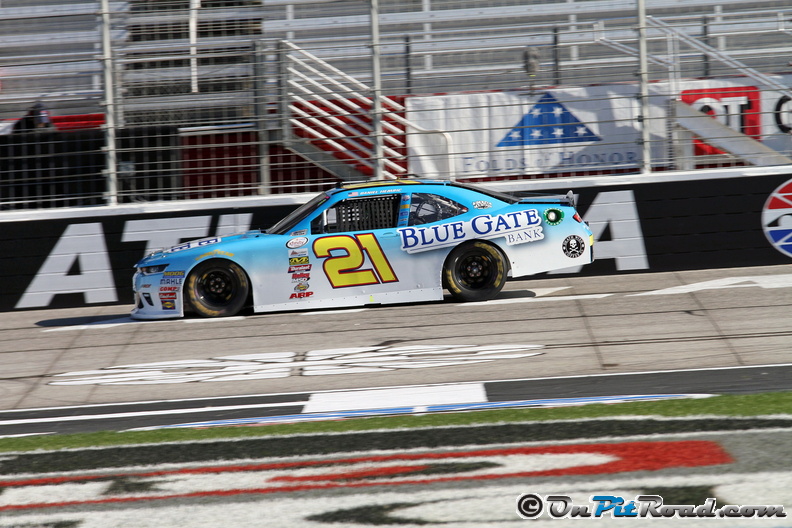 The NASCAR XFINITY Series comes off of an exciting race weekend at Bristol Motor Speedway where Erik Jones brought home the checkered flag. While some drivers had a good points day, others didn’t and will give their all to battle back and gain back those crucial points lost. It will be the eighth race of the season and many drivers will look to secure as much momentum as possible heading to Talladega Superspeedway next weekend.

The Dash4Cash returns for the second weekend in a row, and last weekend’s winner Daniel Hemric will look to add another $100,000 bonus. If he can score it again this weekend, he gains entry into the playoffs whether he wins the race or not. Justin Allgaier is also chasing his second Dash4Cash award but already has his ticket to the playoffs punched after his victory in Phoenix.

A new young gun will make his NASCAR XFINITY Series debut today driving the No. 20 Toyota for Joe Gibbs Racing. Kyle Benjamin will make his series debut, and his first of four starts for JGR. Benjamin has already showed speed after being fastest in final practice. Daniel Suarez returns to the No. 18 Toyota Camry, while Matt Tifft seeks to secure more points toward the playoffs. All three drivers will chase their first victory at Richmond, and each have a good shot at it it this weekend

Though defending race winner Dale Earnhardt, Jr. won’t be entered, JR Motorsports has a great representation this weekend with Elliott Sadler, Justin Allgaier, William Byron, and Michael Annett. Sadler currently holds the points lead while Byron and Allgaier aren’t too far behind. Last season was JR Motorsports’ first victory at Richmond and later today they will chase their second victory of the season. Sadler was fastest of the four cars in first practice while Allgaier was fastest of the four cars in second.

Roush-Fenway Racing will look to bounce back after in Richmond after a rough weekend in Bristol where both Darrell Wallace, Jr. and Ryan Reed sustained crash damage, ending their days early. Wallace finished 33rd, while Reed was 38th.