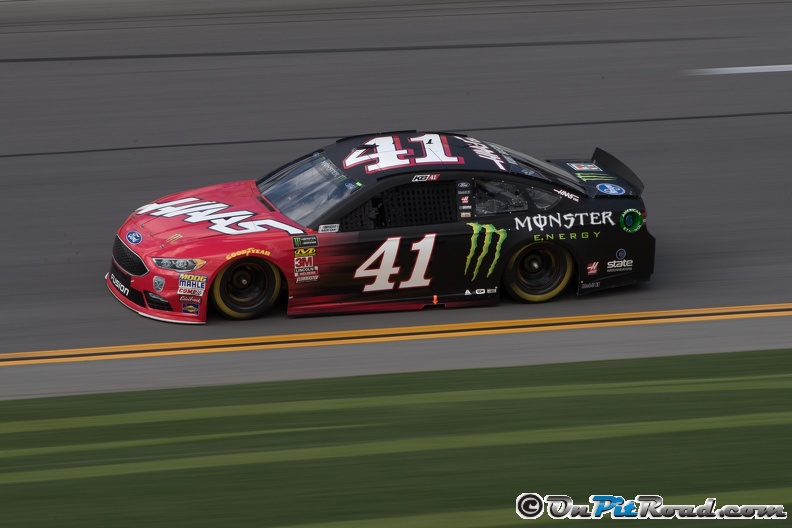 A.J. Allmendinger has been hot and cold when it comes to the Daytona 500.

In the 8 seasons that he has been in the race, he only has two top-five finishes. Last year, he finished in third, it’s possible he can improve on that tomorrow.

Jamie McMurray is known for winning iconic races seemingly out of nowhere. This list includes winning the 2010 Daytona 500.

When looking at favorites to win the 500, McMurray has to be near the top of the list. Along with his Daytona 500 win, four of his seven Cup wins have come on restrictor plate tracks.

Trevor Bayne won the 2011 Daytona 500 for the Wood Brothers in only his second career race just one day after turning 20 years old.

It was an incredible feat for the then youngster, but he’s since struggled, with an averaging finishing position of 26th.

Mexico’s Daniel Suarez is starting his second full-time season in the Monster Energy NASCAR Cup Series for Joe Gibbs Racing. While he doesn’t have a lot of experience at Daytona, he swept both practices on Friday.

Paul Menard was one of the few drivers who made a significant change over the off season. Tomorrow’s Daytona 500 will be his first race as a driver for the Wood Brothers.

He’s been in this race for 10 years, but his best finish came in last year’s race where he ended up fifth.

Menard’s only win in the Cup Series came at the 2011 Brickyard 400 in his first season with RCR. Maybe a switch to the Wood Brothers is enough to help him finally win the 500.

David Ragan will be in his 12th Daytona 500 on Sunday.

The results don’t show what they should for someone with so much experience. Ragan has only finished in the top-10 twice in this race.

It’s possible that Ragan, a two-time restrictor plate race winner, can work together with his new teammate, Michael McDowell, and move towards the front.

Austin Dillon finally added a win in the Cup Series to his resume last year at Charlotte Motor Speedway in the famed Coca-Cola 600.

While the progression of Dillon’s career in the Cup Series has been slower than many may have expected, he has been steadily improving. Sunday may be Dillon’s next breakout win, possibly returning the No. 3 to victory lane at Daytona.

It has been 10 years since Ryan Newman won the Daytona 500 in 2008. Since then, he has switched teams twice and got another 5 wins in the Cup Series.

While Newman’s name doesn’t come up often in the list of favorites to win the 500, he’s always shown consistency throughout his 16-year career in the Cup Series.

Newman was third in final practice.

2015 NASCAR Champion Kyle Busch has won a lot of races over the years. One race that he still hasn’t won is the Daytona 500.

In his 12 attempts at it, Busch only has two top-fives in the Great American Race.

Starting in the front half of the field, Busch has a good chance at finally checking the Daytona 500 off of the list.

Kurt Busch, the reigning Daytona 500 champion and 2004 series champion, has shown that he can get it done under pressure.

Busch has been consistent throughout Daytona 500 practice and has a good chance at becoming a back-to-back Daytona 500 Champion.