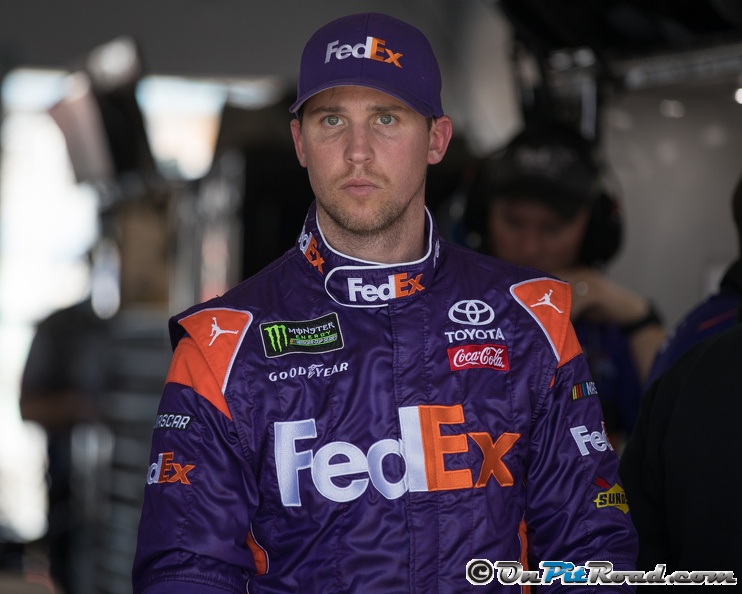 This week the Monster Energy NASCAR Cup Series invades the “Magic Mile” for the Foxwoods Resort Casino 301 at the New Hampshire Motor Speedway.

The track measures 1.058 miles in length with turns banked from two to seven degrees. Each straightaway is 1,500 feet in length. Groundbreaking for the track was in August of 1989, with the first MENCS race on July 11th, 1993 won by Rusty Wallace. There have previously been 46 Cup races at NHMS.

From 1997-2017 there were two events at the track each year, but starting this season, there will only be one race. The track’s other date was given to Las Vegas Motor Speedway.

Sunday’s race will consist of three stages with stages one and two each being 75 laps each and the final stage being 151 laps.

Over the past three years, Matt Kenseth leads all drivers at NHMS. Over those six races, Kenseth has won twice and had five top-fives and six top-10 finishes. Kenseth was driving a JGR Toyota over that time period however and this weekend he will be in the No. 6 Constantine Sealing Service Roush-Fenway Ford.

Kyle Busch also has two wins, three top-fives and four top-10s. The other two winners over the past three years are Denny Hamlin and Kevin Harvick. Team Penske teammates Brad Keselowski and Joey Logano each have four top-10s in that span as well. From 2015 to 2017, Kenseth is one of only four drivers to complete all 1803 laps ran. The other three are Martin Truex, Jr., Keselowski and Hamlin. Kenseth has an impressive average finish of 2.8 over those six races.

If you are looking toward experience, Kenseth also leads the way with 36 previous Cup starts at NHMS. Kevin Harvick and Kurt Busch both have 34 starts each, and Jimmie Johnson and Ryan Newman both have 32 starts.

There are six drivers tied atop the all-time win list with three wins each. Those drivers include both Busch brothers, Hamlin, Johnson, Kenseth and Newman. Kenseth has the most career top-fives with 12, while Kenseth and Johnson share the most top-10s of all-time with 21 each. Newman has won the most poles all-time with seven poles in 32 starts. Keselowski and Kyle Busch both have three poles each. Kyle Busch is also the all-time active lap leader with 973 laps led, which outpaces Newman’s 722, Harvick’s 706, Truex, Jr’s 661 and Hamlin’s 549.