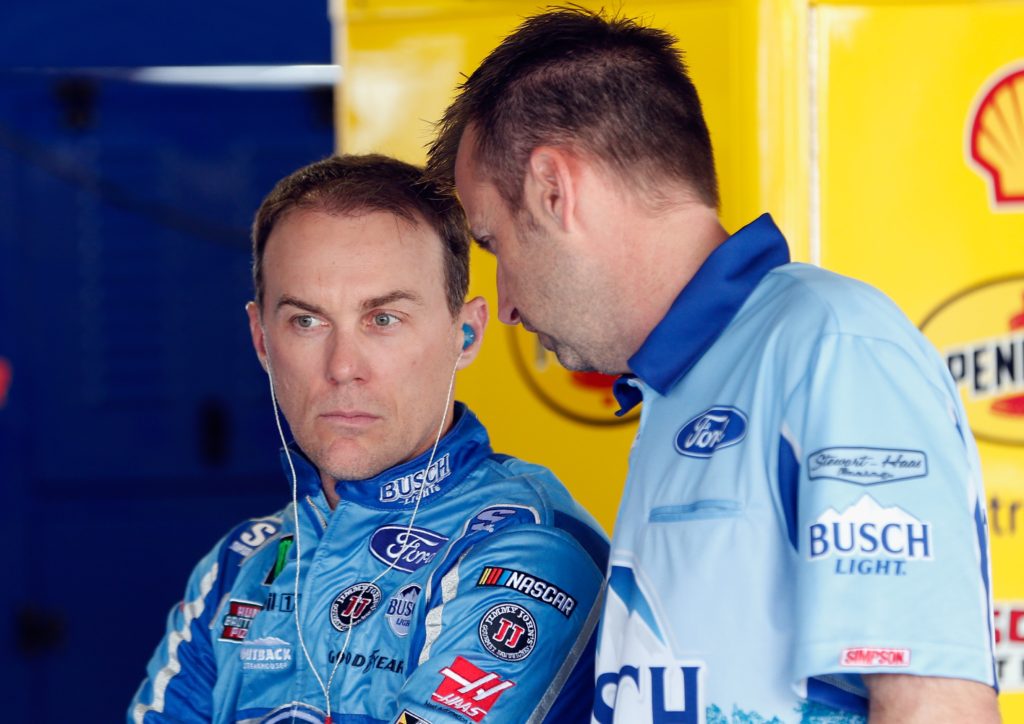 By now everyone has heard about the penalty given to the No. 4 SHR car of Kevin Harvick following his win this past weekend in Texas. Harvick’s car was found to have an illegal spoiler and the team was assessed an L1 penalty, docked 40 points, the crew and car chief’s were suspended for the rest of the season, and the win no longer locks Harvick into the Championship 4 at Homestead.

This is just the latest in a very long line of team’s caught cheating in NASCAR this season. We all remember the wonky things being done to the rear windshields at the beginning of the season and even how the cars were painted to try to skirt the accuracy of the laser scanners during the summer.

Of course, this is nothing new and cheating in NASCAR has went on ever since day one. There’s the old saying, “if you ain’t cheating, you ain’t trying.” Well, I appreciate ingenuity from the teams and some of these unique ways of skirting the rules but I’ve about had enough to be honest.

I would like to see NASCAR let teams have a little more leeway overall which could allow for some ingenuity and engineering advances. Back in the day when the rules were a little more lax if a team found something they could pop off a few wins before everyone else caught on to what was happening. Harry Gant’s team found that little edge in 1991, busting off four wins in a row. Jeff Gordon and Ray Evernham found that edge in 1998, winning 13 times. This argument may be best suited for another article so I’ll leave it at that.

NASCAR, it’s time to go the NCAA route and issue your own version of the “death penalty.” It’s obvious at this point that teams just cannot help themselves and are going to try to beat the system in more and more brazen ways. One bad apple ruins the bushel but I think there’s a lot of “bad apples” buried in the bunch this season.

So, it’s time to take things to the extreme. If you want teams to quit cheating you are going to have to set an example. Look at what the NCAA did to Southern Methodist University when they couldn’t help themselves. After repeated violations the NCAA finally just said, “Ok, we’ve had enough.” They canceled SMU’s entire 1987 football season and canceled all of the team’s home games in 1988. They stripped the school of 55 scholarship positions over four years, among other very detrimental rulings. It was called the death penalty because it set SMU back over a decade.

If I were NASCAR in this situation I would create a clear-cut set of rules with the understanding if you cross a certain line you get the NASCAR version of the NCAA death penalty.

Yes, this could be catastrophic for a team and would be awful if it were to happen. The fans and sponsors would be punished for something that a team did behind closed doors trying to gain an advantage on the competition. But there’s always going to be collateral damage in these situations. If you make the penalty so harsh, so frightening, then it will really take a crazed individual to step over that line.

When a situation arises like one with the spoiler switch going forward I think that would be in the category of “death penalty.” Here’s the punishment I would impose for this type of violation:

First Offense – $500,000 fine, crew chief suspended for the entire season. Car disqualified and given zero points for the race in question. In addition to not getting any points whatsoever the car and driver must sit out the following three points races. If this violation occurred anytime in the playoffs, the team would be eliminated from championship contention.

You may read this and say, “You CAN’T do that. My God, that would be the end of this team/driver/sponsor.” Once you up the ante high enough to make the risk absolutely not worth the reward that’s when things will change. In fact, NASCAR should do something similar to this. Because, if this were literally the penalties issued for major violations no one would have to worry about it happening.

Do you think a driver that knows they would have to sit at home for three weeks for a first violation would be ok with his team trying to find a competitive edge? Would a sponsor be ok with this arrangement? Absolutely not! The risk would no longer be worth the reward. Then, if it happened again. Catastrophe.

At the end of the day NASCAR has to start holding teams accountable for their actions. Until then, this kind of thing will keep happening. All this does is frustrate fans, driver’s, and everyone involved in the sport. If NASCAR were to up the stakes and make getting caught a true “death penalty” then, and only then, will teams think twice before they try to game the system.

2 thoughts on “NASCAR: It’s Time to Implement the “Death Penalty””