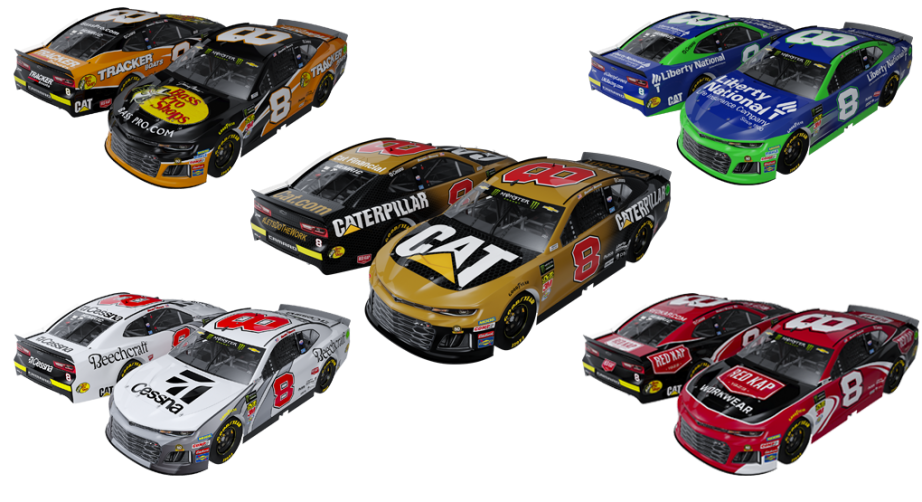 The No. 8 made famous by racers such as Joe Weatherly, Ralph Earnhardt, and most recently, Dale EarnhardtJr, will be making a return the Monster Energy NASCAR Cup Series. Daniel Hemric will pilot the No. 8 Chevrolet Camaro for Richard Childress Racing as he makes the move the series full-time in 2019.

The No. 31 which has been an integral part of the RCR organization and most recently driven by Ryan Newman, will no longer compete full-time in the series.

Hemric’s No. 8 Chevrolet will carry a variety of sponsorships in 2019 providing a variety of schemes. Hemric’s sponsors will include, Caterpillar, Bass Pro Shops, Liberty National Life Insurance, VF Workwear, and Cessna.

Hemric competed for RCR in the NASCAR Xfinity Series for two seasons compiling 66 starts, 16 top-fives, 23 top-tens, and four poles. Though he did compete for the championship at Homestead in both seasons at RCR, he did not find victory lane.

“Our goals at RCR are to do the same, and we hope to deliver strong results and represent each of them to our highest ability on this No. 8 team throughout the year,” said Hemric.

2 thoughts on “No. 8 Making a Return to Cup Series with Daniel Hemric and RCR”