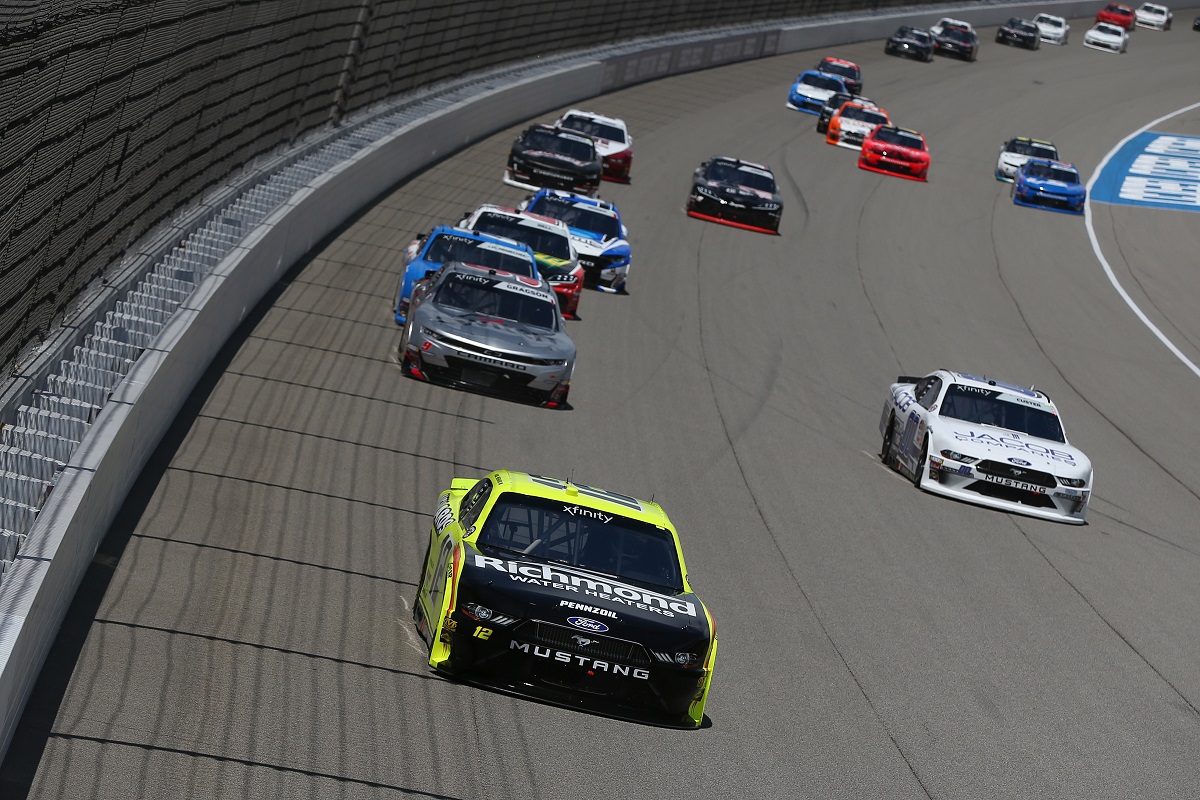 This afternoon I watched the NASCAR Xfinity LTi Printing 250 and thought to myself, “is NASCAR sacrificing the Xfinity Series racing?” Let me explain this. You see, a couple of years ago when NASCAR started toying with the idea of an alternate aero package for the Cup cars they threw out a version of it for the Xfinity Series cars to use at Indianapolis. Turns out, the package worked very well at Indianapolis.

The Xfinity races at Indy were never anything but an afterthought before the package was implemented. In 2014, there were 9 lead changes. The 2015 race had 8 and the 2016 race only had 2 lead changes with Kyle Busch leading 62 of the 63 laps. NASCAR announced for the 2017 running of the Indy Xfinity race they would use an alternate aerodynamic package, hoping to create more passing. Boy did it! 2017 had a whopping 16 lead changes and was regarded as the best Xfinity Indy race by a country mile. Last year we had another good race with 14 lead changes and a four wide moment coming to the end of the first stage of the race.

Fast forward to this year. NASCAR announced that many of the tracks would see a modified aero package for the Cup Series. So far, the package has been met with mixed results and more tweaks are needed to get it to NASCAR’s liking. Last week’s race at Pocono turned a lot of heads – but not in a good way.

I sat down to watch the Xfinity race today not knowing they had scrapped the aero package for the Xfinity cars in 2019. I mean, why in the world would they scrap a package that produced one of the best Xfinity races in 2018? Well, here we are.

I sat in amazement and watched the cars get spread out across the 2.5 mile oval. There was very little to keep someone interested except towards the end of the race and who “might” run out of gas. The official tally shows there were five lead changes at MIS. But, when you look a little closer, there were actually only two on track legitimate lead changes. When Christopher Bell passed Paul Menard and when Cole Custer later passed Bell. 16 cars finished on the lead lap. There were five different leaders credited with leading at least one lap.

Rewind to the 2018 running of this event which only saw 91 laps completed out of the 125 scheduled as the race was rain shortened. Last year, there were 14 lead changes among nine different drivers. 30 cars were on the lead lap at the end of the race which saw plenty of passing all throughout the field.

I’m not sure if NASCAR is keeping the package away from the Xfinity cars so they possibly don’t “show up” the Cup race on Sunday or what. But I know my give a crap is going to go way down because they aren’t using a package that worked in 2018. If they do not use a modified aero package at Indy – yikes! So long will be the days of 10+ lead changes at the Brickyard.

This almost seems like the old saying, “don’t cut off your nose to spite your face.” Maybe NASCAR doesn’t care if the racing suffers in the Xfinity Series but I don’t think it’s fair to the fans in the stands to run a package that is far inferior to one you ran last year just because that’s the package the Cup Series is running.