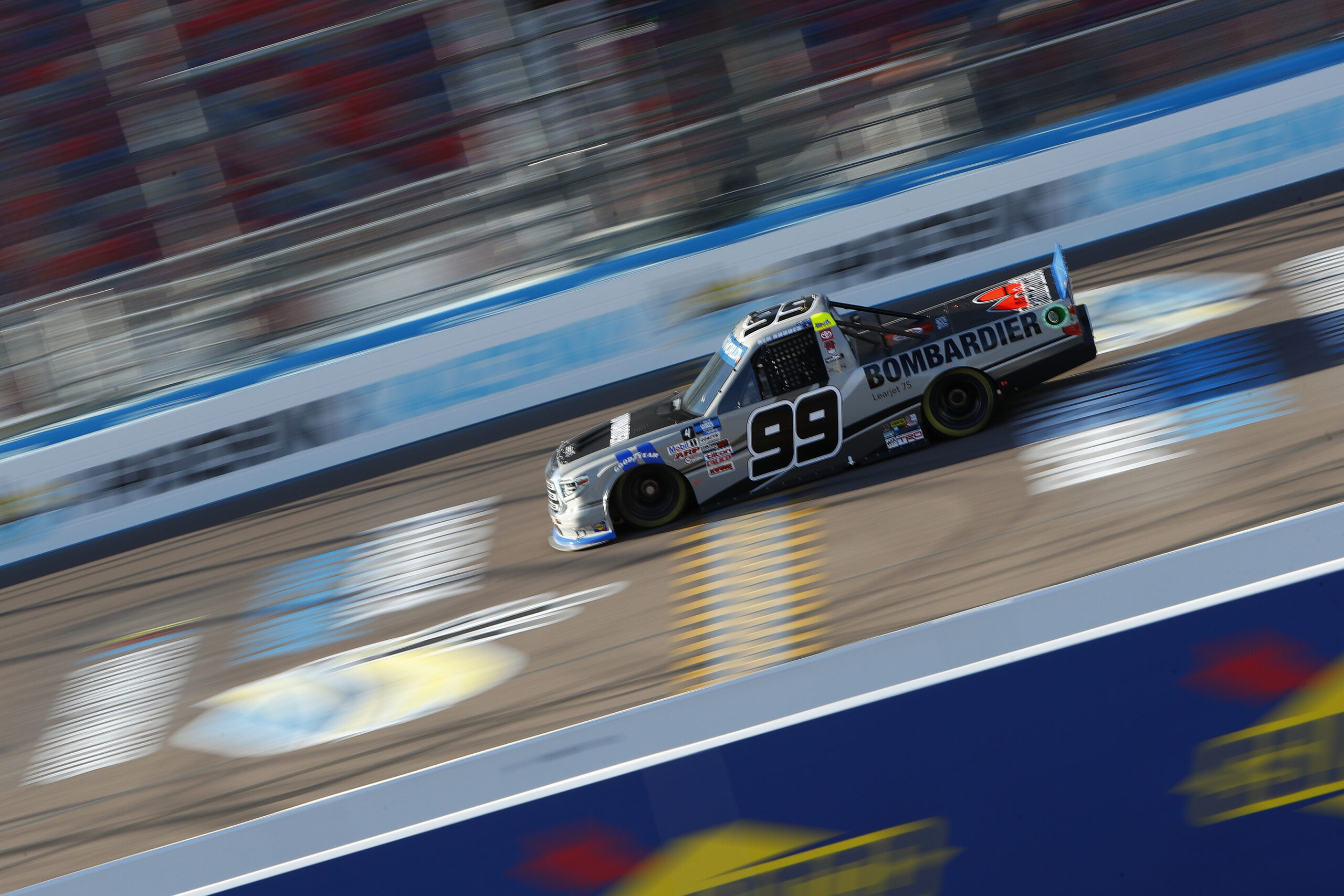 • The title is Rhodes’ first NASCAR championship in his sixth full-time season competing in the Truck Series and the third year racing a Tundra for ThorSport Racing.

“That was the hardest last 40 laps I think I have ever driven in my life. I was doing things to the race car I probably shouldn’t have been doing, it was dumb, but I had everything to lose. And we brought it home and won it. I don’t even know what to say. This is crazy. Bookends for the season, I am so proud of my ThorSport Racing group. This wasn’t like a vision we had, right, everyone wants to win it, but you just don’t know, it’s so hard. I just can’t thank Duke and Rhonda (Thorson) enough. They are the reason I’m here tonight, Bombardier, Toyota, Menards, WileyX, we have so many people that help us, I can’t even talk right now I’m so excited.“

“To see Ben’s excitement in winning his first career NASCAR championship has been really special. We couldn’t be more thrilled to a part of this championship journey for Ben and help add his name to a remarkable list of Tundra drivers who have won Truck Series championships. Additionally, we are excited to celebrate this title with everyone at ThorSport Racing after their return to the Toyota family this season. Congratulations to Ben, Duke & Rhonda Thorson and all of ThorSport Racing on this accomplishment.”

Toyota (NYSE:TM) has been a part of the cultural fabric in North America for more than 60 years, and is committed to advancing sustainable, next-generation mobility through our Toyota and Lexus brands plus our 1,800 dealerships.

Toyota has created a tremendous value chain and directly employs more than 47,000 in North America. The company has contributed world-class design, engineering, and assembly of more than 40 million cars and trucks at our 14 manufacturing plants, 15 including our joint venture in Alabama that begins production in 2021.

Through its Start Your Impossible campaign, Toyota highlights the way it partners with community, civic, academic and governmental organizations to address our society’s most pressing mobility challenges. We believe that when people are free to move, anything is possible. For more information about Toyota, visit www.toyotanewsroom.com.