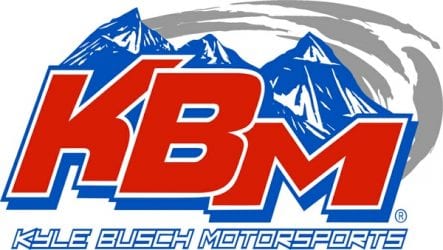 Mardy Lindley to lead efforts of No. 51 team again next season

MOORESVILLE, N.C. (Dec. 21, 2021) – Kyle Busch Motorsports (KBM) announced today that Corey Heim will return to the organization and be behind the wheel of the No. 51 Tundra TRD Pro for 15 NASCAR Camping World Truck Series races in 2022. JBL, the authority in engineering superior sound, returns to KBM for an eighth season and will be the primary sponsor on Heim’s Toyota for 10 races. Crew chief Mardy Lindley will return for his second season atop the pit box for the No. 51 team.

Heim made three NASCAR Camping World Truck Series starts for KBM in 2021, with a best result of 11th coming at Martinsville (Va.) Speedway in October. The Georgia driver had an impressive Truck Series debut at Darlington (S.C.) Raceway in May, where he led two laps, finished Stage Two in the runner-up position and was running second when he got turned from behind on a restart with just under 30 laps remaining.

Heim will be in the No. 51 for the Truck Series 2022 season opening event at Daytona (Fla.) International Speedway Feb. 18 and will also compete in the final eight races on the schedule. The remainder of his schedule will be announced at a later date.

“Coming up through the Toyota Racing Development program not only have I looked up to Kyle as a driver but I’ve also watched him build KBM into an organization that provides up-and-coming drivers with all the tools that they need to win races and compete for championships, so I’m super grateful for the opportunity to compete for an owner’s championship alongside him in the No. 51 Tundra TRD Pro in 2022,” Heim said. “I was able to get JBL to victory lane three times in the ARCA Menards Series this year and I know that with Mardy (Lindley, crew chief) atop the pit box and the team I have around me that I can get them to victory lane again this year in the Camping World Truck Series.”

“Corey proved that he is capable of running up front and winning races in the ARCA Menards Series last season and we feel that he is very deserving of the opportunity for an expanded schedule with KBM next year,” Busch said. “Without any practice or qualifying he was able to step right in and run well enough in his Truck Series races this year and we feel that once he is able to get behind the wheel on a more consistent basis that he is someone that will be able to compete for wins. He has a great relationship with Mardy (Lindley, crew chief) and they’ve already been putting in a lot of work in the offseason to make sure that they get our long-time sponsor JBL back to victory lane and put the No. 51 in the hunt for the owner’s championship again next year.”

Lindley’s drivers produced three wins in his first season at KBM, two with owner-driver Kyle Busch and one with Martin Truex Jr. Before arriving at KBM, Lindley guided his drivers to 32 wins and four ARCA Menards Series East championships since 2013, including back-to-back titles with Sam Mayer the last two seasons. Additionally, he earned the ARCA Menards Series Sioux Chief Showdown championship with Mayer in 2020. Behind the wheel, the second-generation driver won 11 races on the Pro Cup Series from 2000 to 2006 and was crowned the series champion in 2001.

Further sponsor announcements for the remaining races on Heim’s schedule are forthcoming.

JBL creates the amazing sound that shapes life’s most epic moments. From iconic events like Woodstock and concerts at Madison Square Garden, to games at Yankee Stadium and weekend road trips, JBL elevates listeners’ experiences with award-winning audio that lets them make the most of every moment. With 75 years of unmatched professional credentials and industry leading innovation, JBL has expertly blended a bold vision of the future with the passion and talent of engineers and designers around the globe. JBL’s Signature Professional Sound is the leading technology that powers major pop culture events, and the brand has partnered with the world’s top talent across music, sports and esports. Follow JBL news online: like JBL on Facebook; follow JBL on Twitter and Instagram @JBLaudio; check out our YouTube Channel; follow us on TikTok; and connect with JBL on LinkedIn.

Since debuting in 2010, Kyle Busch Motorsports (KBM) has quickly established itself as one of the most successful teams in all of NASCAR. Owned by two-time Cup Series champion Kyle Busch and fueled by his passion for winning, the organization holds the Camping World Truck Series records for most career wins (90) and most wins in a single season (14 in 2014). In addition to collecting a series-record seven Owner’s Championships, the organization has produced two championship-winning drivers: Erik Jones (2015) and Christopher Bell (2017).

KBM prepares a fleet of race-winning Toyotas out of its state-of-the art 77,000-square-foot facility in Mooresville, N.C. Fans can stay up-to-date with all the latest KBM news online at www.KyleBuschMotorsports.com, by liking the team on Facebook (KBMteam) and by following the team on Instagram (KBMteam), and Twitter (@KBMteam).