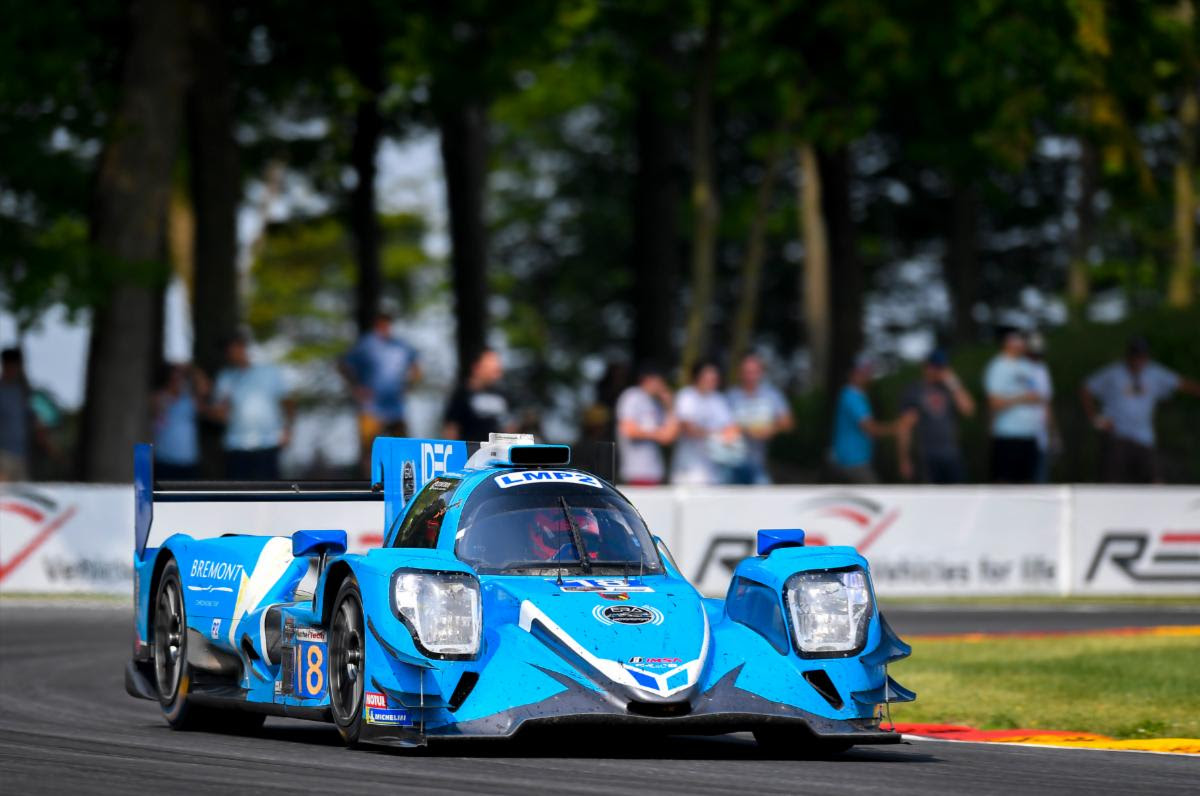 INDIANAPOLIS, Ind. (December 21, 2021) – Era Motorsport, winners of the 2021 Rolex 24 At Daytona, will return to competition in the IMSA WeatherTech SportsCar Championship for the 2022 race season, again racing the Oreca LMP2 07 car. Dwight Merriman and Ryan Dalziel will race together as the full-season drivers, reuniting the race-winning pair while team owner Kyle Tilley will act as the endurance driver in the calendar’s four endurance races.

The 2021 season proved to be a whirlwind season for the Indianapolis-based team, in its sophomore year of professional sports car racing. This year saw Era Motorsport expand to the Asian Le Mans Series and clinch their class championship before entering competition in the European Le Mans Series, NASCAR Xfinity Series, NASCAR Cup Series.

In the IMSA WeatherTech SportsCar Championship, the team produced a commanding performance at the Rolex 24 At Daytona, securing victory in the LMP2 class with Tilley, Merriman, Dalziel, and Paul-Loup Chatin. Chatin will again return to race with the team in January for the next running of the iconic event, setting the team up for success again with continuity of competitors. After Tilley, Merriman, and Dalziel produced an impressive second-place performance at the demanding Twelve Hours of Sebring, Merriman and Dalziel went on to secure the team’s second win of the year at Road America in Elkhart Lake, Wisconsin. The pair were well on their way to a podium finish at WeatherTech Raceway Laguna Seca when another prototype lost control and took the No. 18 Era car out of contention in the final turns.

With a solid foundation and proven quality of performance, Merriman, Dalziel, and the team will be ready to fight when the season begins January 23, 2022, at the Roar Before the 24. Traditionally the first official test of the season, the Roar now holds several test days as well as the Motul Pole Award, a one-hour, 40-minute race that will determine the starting grid for the Rolex 24 At Daytona, January 29-30. As announced in August, the 2022 calendar will feature twelve rounds total, comprised of four endurance races and eight sprint rounds. The LMP2 class will compete in all four endurance events and three of the eight sprint races, returning to WeatherTech Raceway Laguna Seca, Mid-Ohio SportsCar Course, and Road America. For full series information, visit imsa.com.

Dwight Merriman
It’s great to be getting the band back together for 2022 in IMSA. We really hit our stride as a team as the season progressed, and I’m looking forward to seeing what we can do in this approaching race season. I’m thrilled to be having Ryan alongside me for the full season, and it’ll be great to still have Kyle around for the endurance events. Winning the Rolex 24 was such an amazing experience, and I’m looking forward to getting back to Daytona so we can defend that win and have a great 2022.

Ryan Dalziel
Our 2021 season was amazing, winning the Rolex 24 at Daytona, then backing it up with a second place at Sebring was a perfect start. We struggled a little in Europe with the rules etc. but when we came back to the USA we instantly found our stride winning at Road America. In my own head, I wasn’t looking at other IMSA opportunities, I was super happy staying at Era in my 2021 endurance role. However, when Kyle offered me to drive full season with Dwight, I was completely ecstatic. Kyle and Sarah Tilley have built an incredible team and I am honored to be part of it for 2022. I can’t wait for Daytona.

Kyle Tilley
Our third season in IMSA promises to be one of our biggest challenges yet. With an influx of teams to IMSA LMP2 competition, the level has certainly been raised. Whilst I’m going to miss being one of the full-season drivers in our #18 Oreca, it is the right decision for the business and the LMP2 team as a whole, as we strive to build our brand ahead of LMDH. That said, I am delighted to be able to stay as the 3rd for the Michelin Endurance Cup, and to defend our victory at the Rolex 24!

Paul-Loup Chatin
I am really happy to be back with the Era team for this new 2022 season and especially for the 24 hours of Daytona. We had an incredible time together last year with this success and it is very important for me to go back with Dwight, Kyle, and Ryan and fight for the first place again. The challenge is high but I am convinced that together we have the potential to achieve great things. A big thank you to the whole team for renewing their confidence in me

About Era Motorsport
Era Motorsport was formed in 2018 with the idea of providing unmatched excellence in historic racing. Just two years later, the team expanded to the world of professional sports car racing, fielding an Oreca 07 in the prolific IMSA WeatherTech SportsCar Championship and the 24 Hours of Le Mans. In 2021, the team went on to win at the iconic Rolex 24 At Daytona, in what was their second attempt competing in the event. Motorsport isn’t just a hobby, it is a way of life: a passion that is in the team’s blood. Whether you find us in the IMSA WeatherTech paddock with modern prototypes or chasing down lap records in our fully restored classic sports cars, or even globetrotting to experience historic F1 at some of the world’s most iconic circuits, Era Motorsport has something for everyone. In 2021, the team secured a prestigious victory at the Rolex 24 At Daytona, and also became class champions in the Asian Le Mans Series.