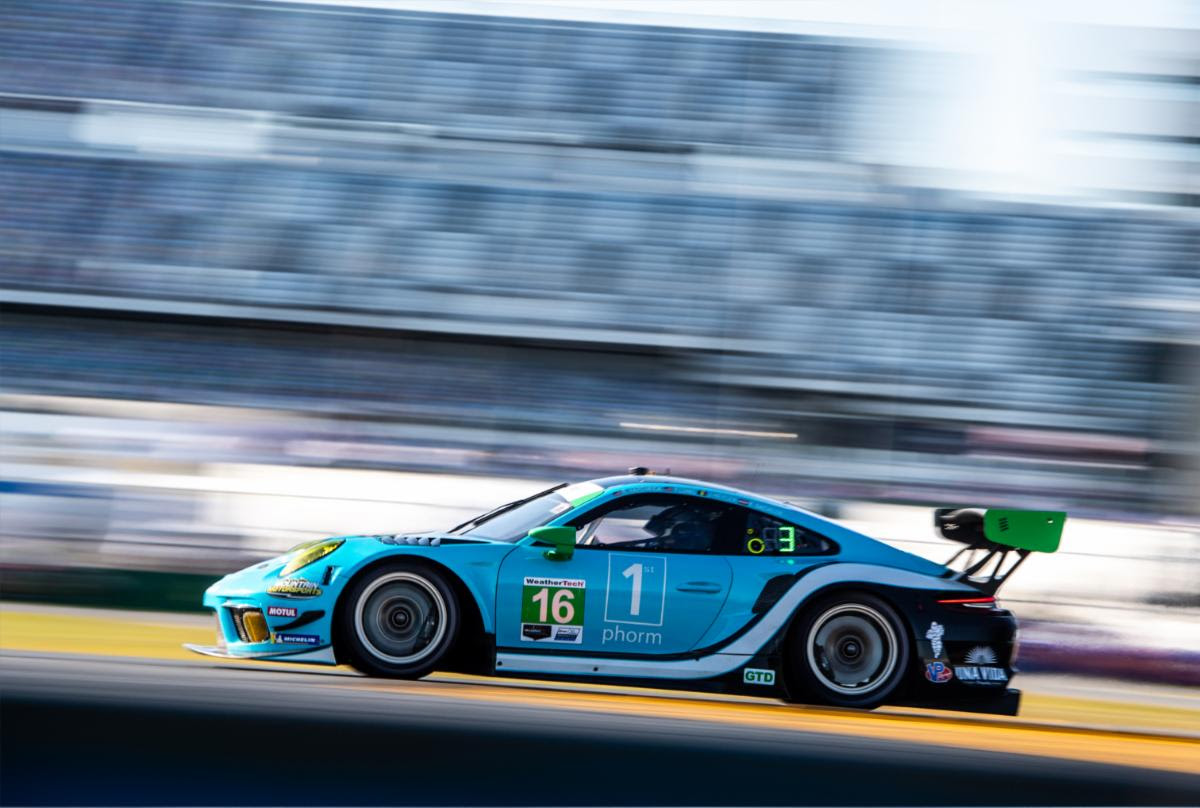 BATAVIA, Ohio., (January 19, 2022) — The IMSA WeatherTech SportsCar Championship’s off-season is officially over this week as all teams begin to set up at Daytona International Speedway for the Roar Before the 24, the first on-track event of the 2022 season. After winning the 2021 Michelin Pilot Challenge team and driver championships in addition to the IMSA WeatherTech Michelin Endurance Cup team and driver championships, Porsche customer racing program Wright Motorsports has great momentum heading into the season start.

“Another race season is here,” said team owner John Wright. “Our hard work and consistency paid in dividends last year across our five racing programs, and this year, we have some titles to defend. We’re proud to run Porsche machinery for another season and to have sponsors like 1st Phorm, Mountain Motorsports, and Una Vida along to support us. We’ve put together a great effort and look to continue and build upon our success into this new season.”

The team will spend almost two weeks at Daytona International Speedway starting this Wednesday with the annual three-day test, the Roar Before the 24. All 61 competitors entered for the 60th running of the endurance classic will have four on-track sessions to test their machinery, providing all four drivers ample time in the cars, and ready the crew for a busy week of pit stops and garage action. On Sunday, January 23, the entire field will participate in a 100-minute race to determine the starting grid for the Rolex 24 At Daytona the following weekend. The Motul Pole Award will begin on Sunday, January 23 at 2:05 pm eastern, airing live on Peacock.

Following the conclusion of the Roar Before the 24, the team will have two days to work in the garages before activities for the Role 24 at Daytona begin on Wednesday, January 26. The field will take the green flag for the 24-hour endurance race on Saturday, January 29 at 1:40 pm Eastern. The race will stream live flag-to-flag on Peacock, the new streaming network for the IMSA WeatherTech SportsCar Championship. The start of the race will also air live on NBC before switching to the USA Network for select hours. For all broadcast information, visit wrightmotorsports.com.

1st Phorm
1st Phorm is a sports nutrition company based in St. Louis, MO. In 2009, CEO Andy Frisella and his business partner Chris Klein started the brand, and since then, it has become the fastest growing supplement company in the world. 1st Phorm has set the standards in the industry for quality and helping people reach their goals. This new racing partnership is not their first time in the exotic car scene either. 1st Phorm has been the title sponsor for the Gold Rush Rally for six years running. With over a million followers across social media, 1st Phorm has amassed a huge cult-like following known as, “The Legion of Boom.” They stand for a movement in the fitness world. To turn it back to what it was meant to be. Helping others improve their lives, to be a good human… and to drop the excuses and do the work. 1st Phorm is a winning brand and they don’t expect anything less when it comes to their race team. For additional info: www.1stphorm.com

Mountain Motorsports
Mountain Motorsports is a group of motorcycle and powersports dealerships with multiple locations in the southeastern United States. The company was founded by lifelong friends Ryan Hardwick and Justin Price when they opened their first location as a single-line Honda dealership in Sevierville, Tennessee in 1999. The company has since grown into one of the largest retailers of motorcycle and powersports vehicles in the nation, spanning nine dealership locations representing eleven of the industry’s most well-known brands. For additional info: www.mountainmotorsports.com

Una Vida Tequila
Una Vida translates to One Life. That is how this brand started. By people who want to live their “One Life” to the absolute fullest and to their highest potential. A group of guys from the Midwest who love great quality tequila, and want their One Life to have meaning and impact others.

One Life, One Tequila is our CORE BELIEF. We’re building the only tequila brand you will ever need to drink. Una Vida is bigger than just tequila we’re also building a culture of people who want to live their life to their utmost potential.

Our story begins and continues to grow bottle by bottle. It’s a life mission for us to create a community of people who all raise a glass knowing they’re living their ONE LIFE! For more information, visit unavidatequila.com