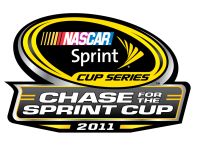 With Monday’s fuel-mileage fiasco at Chicagoland Speedway, Ireally got to thinking about what the Chase for the Sprint Cup should be.
Rather than filling the final ten races with uninteresting,1.5-mile ovals where you can take a 3-hour nap in the middle of the race andnot miss a thing, why not make The Chase exciting for the fans?
When the idea of The Chase crossed, Mike Helton’s desk, itwas said that the goal of the last 10 races of the season to be an exciting,playoff-like shootout for the Sprint Cup Driver’s championship.  Now when I think of playoffs, I picture the white-outgames at the standing-room-only First Niagara Center with an additional 8,000Sabres fans watching the game on big screens in the plaza outside the arena.  Or I picture the entire month devoted toCollege Basketball, with bars, restaurants, and arenas packed across thecountry watching March Madness.
What I don’t associate with playoffs is kicking back in a recliner,flipping from the less than exhilarating 3-hour stanzas at places likeChicagoland, Kansas Speedway, or New Hampshire. Playoffs are meant to keepsports fans at the edge of their seats for 3 hours, not provide background noisefor naps.
At a time in the season where you’re fighting with the country’smost watched sport (NFL Football), placing races in NASCAR’s playoffs is no wayto gain interest in a competing market.
NASCAR president, Mike Helton was asked about thepossibility of changing some of the races on the Chase schedule, and Heltonleft the question rather open-ended when all was said and done.
“I’ve learned overtime to never not imagine the possibilities of something,” in a pressconference earlier this year before the Heluva Good! Sour Cream Dips at TheGlen at Watkins Glen International. “Butas we sit here today, we still maintain the thought process when we introducedthe Chase that we were not going to shuffle tracks around to adapt to theChase; that the Chase was the last 10 races. Now, however that may work out inthe future, if someone comes to us and asks to change stuff around, we wouldconsider it. But there is nothing on the table today.”
So with the open minds of NASCAR executives, I’m wonderingwhat can be done to make these last 10 races of the season more exciting forthe driver and race fans alike. I do understand that NASCAR racing is a bit ofa team sport in a sense, otherwise there would be no use for guys like Chad Knausand Darian Grubb (who might have won the race for Tony Stewart on Monday).  But, eliminating the fuel-mileage games andcountless hours of boring racing could help in changing some TV sets from footballgames to NASCAR Racing during this competitive fall season.
Now, I’m a firm believer of not complaining about something ifyou don’t have a logical solution to the issue. I’ve put some thought into thetracks I would like to see on the NASCAR Sprint Cup Series schedule’s final 10each year…exactly what Mike Helton also said would not happen as the Chaseevolves into the playoff-like shootout that was originally planned.
“We wouldn’t stack tracks up in the Chase for benefit ofthe Chase. The Chase is the last 10 races of the season. But as the evolutionof changes go on, who knows what could end up the last 10 races?”

My question to you Mr. Helton is; Why Not? Why not change upthe schedule to make the last 10 races of the season more exciting?
More to come…including my “NASCAR Sprint Cup Series FantasyChase Schedule”, stay tuned.