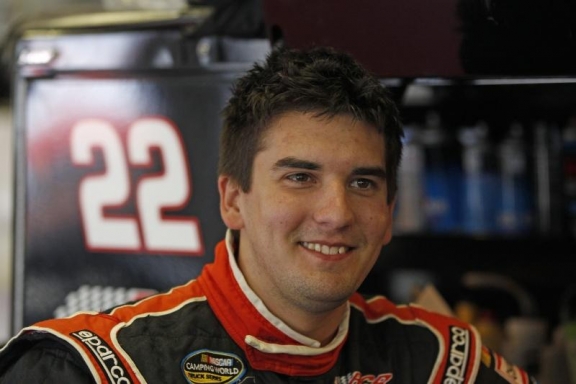 BROOKLYN, MI— Joey Coulter is the man with the momentum when it comes to the Truck Series as of late.

Coulter was able to knock Nelson Piquet Jr. off the top spot as the final truck to qualify.

His lap averaging 184.101 mph around the two-mile speedway was enough to give the Florida native his first career NASCAR Camping World Truck Series pole.

The pole doesn’t come as much of a surprise after Coulter’s Richard Childress Racing Chevrolet paced the field in both practice sessions on Friday.

While an RCR truck won the pole, the Turner Motorsports group placed all three trucks inside the top-10.

In his first Truck Series start since 2001, Kurt Busch qualified brother Kyle Busch’s No.18 Toyota in the fourth position.

With only 35 trucks attempting to qualify for the race, no trucks were sent home following qualifying.