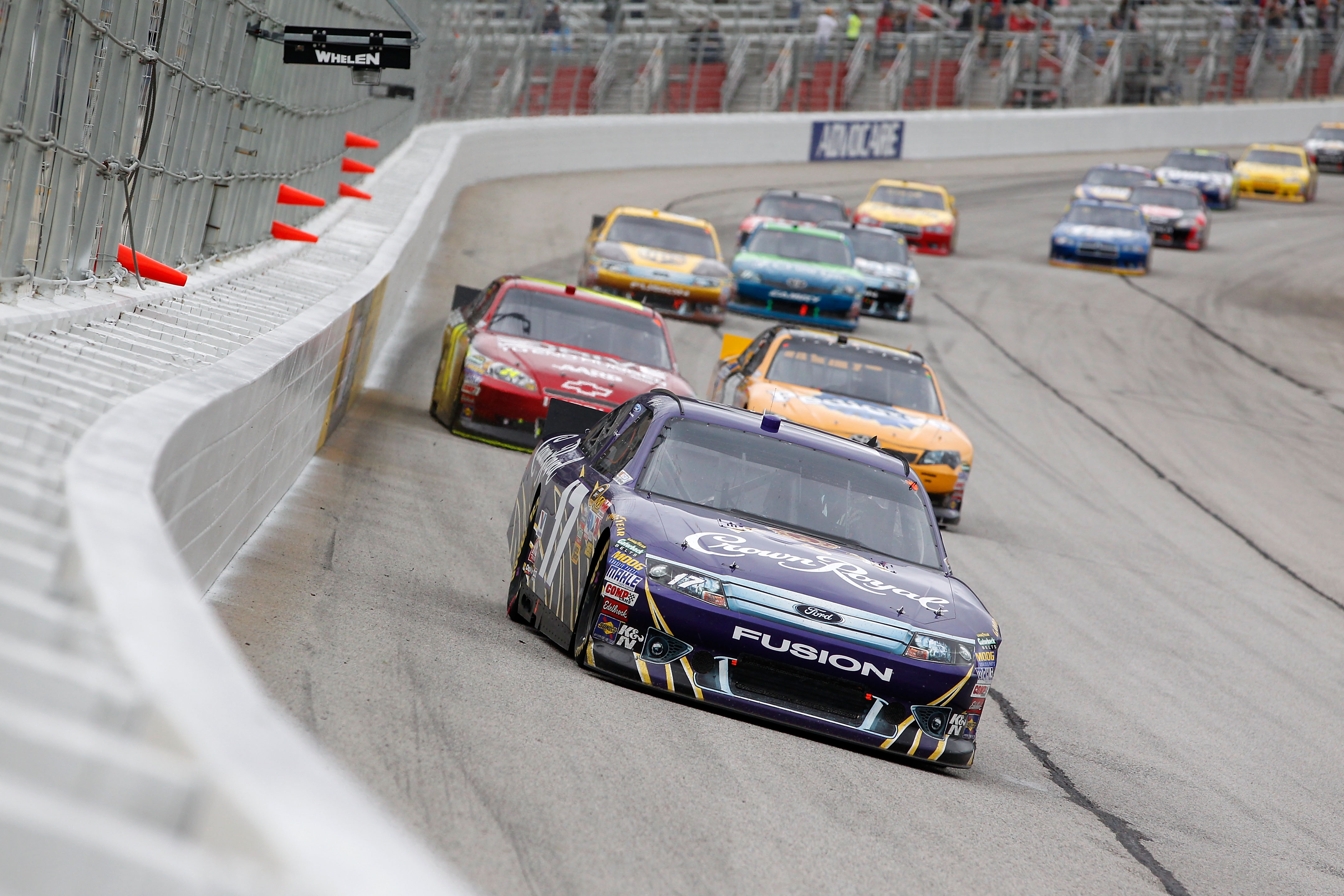 As the race to the chase for the Sprint Cup championship is now within two races of getting underway, it’s time for the once-a-year race at the Atlanta Motor Speedway—the AdvoCare 500.

Atlanta has always been a track with some of the most compelling racing on the entire NASCAR calendar with the track being just as fast as it is wide, the action only magnifies when the 1.5-mile track has the glow of the lights shinning on it.

While Atlanta is one of the fastest tracks on the NASCAR circuit, by no means does it mean the track is silky smooth like we’ve seen previously at Michigan International Speedway and Pocono Raceway.

Atlanta is an abrasive, rough surface that chews tires to shreds as drivers power around the track averaging over 175 mph.

With that being said, Sunday night’s race will be one of the most crucial races of the entire season for the crew chiefs and members as they attempt to dial in the handling for the drivers needing a win to claim a wildcard spot in the Chase.

Heading into the weekend, it’s nearly impossible not to look at those drivers bidding for wildcard positions.

Jeff Gordon: There’s no other way to put it; Jeff Gordon needs a win to get into the Chase. Atlanta may be a good place for that to happen. Not only is Gordon the defending race winner, but in 38 career starts at the track he made his Sprint Cup debut at, Gordon has five wins to go with 24 top-10 finishes.

Kyle Busch: For Busch, Atlanta hasn’t been a great track. Sure, he has a win back in 2008. But since then, his results at the track he admittedly struggles at haven’t been stellar.  In 14 career starts at AMS, Busch only has three top-10 finishes.

Ryan Newman: If there’s been any Chase contending driver that’s been in a slump, it’s Newman. The recent stretch of summer races haven’t been ideal for the No.39, most recently crashing out at Bristol Motor Speedway. While Newman is one of the best qualifiers in AMS history, in 19 career starts he only has seven top-10 finishes.

Carl Edwards: There’s no getting around it, Edwards needs a win for the wildcard spot. Luckily for him, AMS has proved to be a successful track in the past. In his 14 career starts, Edwards has three victories, most recent in 2008, and 10 top-10 finishes. Sunday night may be the right time for Edwards and the No.99 crew.

Most Wins by a Manufacturer: 37 – Chevrolet