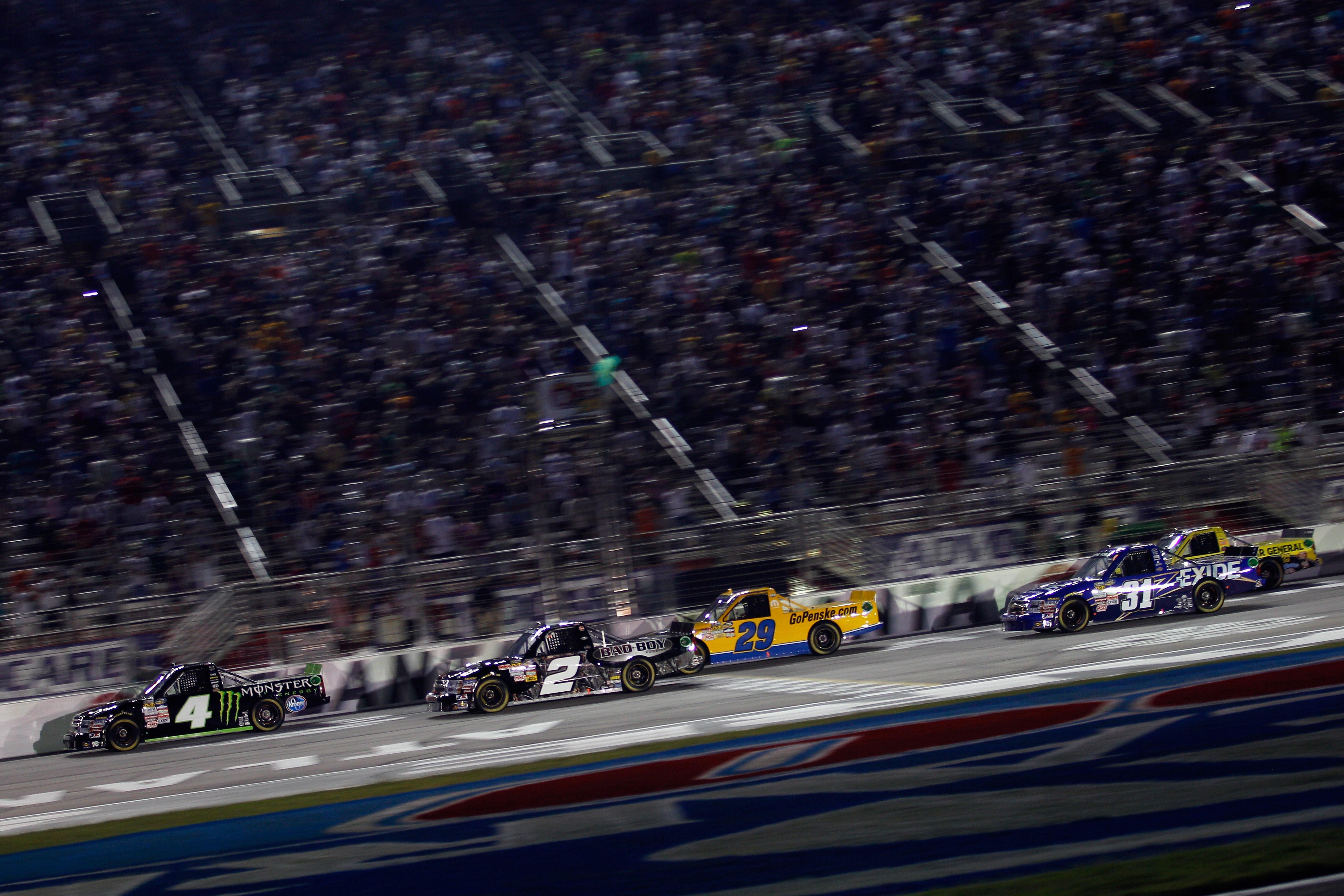 Just another reminder how quickly the 2012 NASCAR season is going by, it’s time for the once-a-year stop to the Atlanta Motor Speedway on Labor Day weekend.

With the thrilling action the Truck Series has shown so far this season, a repeat performance on Friday night shouldn’t come as a surprise.

One of the main challenges drivers and teams will face on Friday night is the rough surface of the Atlanta Motor Speedway.

As is the case at most tracks, in order for a driver to have a chance at winning, their truck must handle well. This weekend, that will be placed at a premium as tires on AMS’s pavement is like placing shredded cheese on a cheese grader.

On top of having a well balanced truck, crews must compensate for the high speeds AMS creates with it’s wide racing grooves, allowing drivers to move all over the 1.5-mile speedway.

If you’re looking for a young driver to break through for their first win of the season, it’s not likely. Past winners of the truck race at AMS have been typically veteran drivers who know how to manage their equipment while being able to dictate the pace of the race.

But maybe the most interesting element of Friday night’s race focuses on two drivers, one who’s making his first start in the series this season.

Both Kurt and Kyle Busch will compete in Friday night’s race at AMS, Kurt in the No.51 for long-time truck owner Billy Balew while Kyle will compete his own No.18 truck.

All in all, Friday night’s race should keep everyone on the edge of their seats.

Most Wins by a Manufacturer: 7 – Chevrolet

#8 Max Gresham (Made in USA-BugBand)