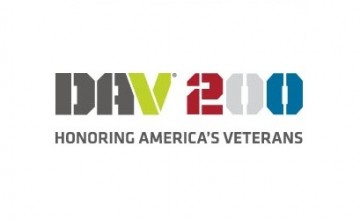 NASCAR Whelen Euro Series driver Anthony Kumpen put up a strong second outing in the NASCAR XFINITY Series on Saturday, when he drove the #55 Nexteer Automotive Chevrolet Camaro to the 24th place in the DAV 200, completing another stage of his American NASCAR career in the contest of the Nexteer Road To Daytona program. In what was his debut on a one-mile oval, Kumpen battled door-to-door with some of the best NASCAR drivers in the US, both affirmed veterans and young upcoming talents.

The race took place the day after the tragic events that happened in Paris, France. “Our first thoughts go to the victims of Paris and their families. We were deeply moved by the great support America expressed for France,” NASCAR Whelen Euro Series President / CEO Jerome Galpin.

Despite having to familiarize both with the track and the car, the 37-year-old Belgian driver found good consistency since free practice, improving his best time by a half second and posting the 23rd fastest lap overall. He then qualified for the race on time, posting the 33rd time in the session’s first round.

After the green flag flew, Kumpen wasted no time gaining position. By Lap 15, the Belgium-native had broken into the Top 25. Kumpen was quiet on the radio for most of the afternoon, studying his competitors and gaining confidence in his oval racing ability with each lap. On Lap 125, Kumpen posted his fastest lap of the race, rivaling many of the experienced XFINITY Series drivers before finishing 24th under the checkered flag.

“I am happy with what we did during the entire weekend and the team put up a fantastic performance. We finished the race, gained experience and learnt a lot on track,” said Kumpen. “The first part of the race was really good. I had a good feeling with the car on the first set of tires. The whole run went really well and in the end I was catching the cars in front of me, but after the first pit stop the car got a little bit tight. I don’t know if I abused the front tires a little bit or something else happened, but it continued in the third run and we’ll have to work on it for the next race. We’re looking forward to next week!”

The Nexteer Road To Daytona program, created by NASCAR Whelen Euro Series and Nexteer Automotive with the goal to provide the best opportunities for European drivers to race in NASCAR in the US, will continue for Kumpen with next week’s Ford Ecoboost 300 at Homestead-Miami Speedway, as the former NWES champion will be again at the wheel of the #55 Nexteer Automotive Chevrolet Camaro.

“Anthony did a fantastic job ! We are really proud of what he accomplished this week-end with a still very limited oval experience compared to the NASCAR XFINITY Series drivers ! This really shows the evolution of the NASCAR Whelen Euro Series over the years and the development of our drivers, who are more and more ready to race in the US at the highest levels. Anthony is the perfect exemple of the opportunities we create for our drivers,” concluded Jerome Galpin.

The Ford Ecoboost 300 is scheduled for Saturday, November 21st at 9 pm CET and will be broadcasted live on NBC.