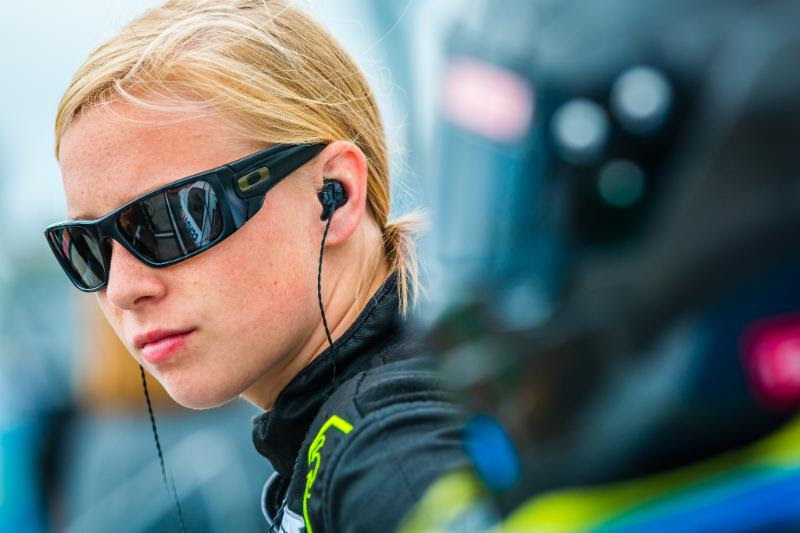 DENVER, NC (Dec. 1, 2015) – Popular outcry finally won out. After tons of requests, Sarah Cornett-Ching and RACE 101 have launched an online store with various pieces of merchandise for fans to purchase and support the Canadian racecar driver’s efforts and show their SC2 pride.
“We kept getting request after request from fans to sell merchandise, so we figured why not, let’s start small and see how it goes,” said Cornett-Ching. “We plan to gradually increase the product line as we go and as fan response dictates. It’s small for now, but it definitely gives my fans some ways to show their loyalty. We’re working on some special t-shirt designs and things for the future, too, if this really takes off.”
The store features unique and officially licensed SC2 items such as notepads and tote bags, and also has team-issue merchandise as well. Genuine decals identical to what the RACE 101 team uses on pit equipment and the racecar are available with more team-issue merchandise planned for launch in the first quarter of 2016.
Also available are hand-made, artistic recreations of Sarah’s most popular paint schemes from 2015 on true-to-scale diecast cars. The paint scheme that started it all in Daytona is available, as are her standard-issue black and white cars from 2015, along with the extremely popular Tim Horton Children’s Foundation machine she piloted at both Salem and Kentucky late in the season.
“I think fans will like the ideas and things we have planned for the store,” Sarah added. “I just want them to know it’s an initial, early roll-out and as much as we would love to have a hundred bells and whistles on it, we simply can’t. We’re starting small and building up from there, sort of the same approach I’ve taken to my racing career. One thing is for sure, though, there’s not enough pink stuff available. Rectifying that is priority number one.”
Fans can visit Sarah’s website to see the online store by surfing to www.sccracing.com and then clicking “merchandise” on the menu bar. Payments, including credit cards, are currently accepted through PayPal with possible additional payment methods being added in the future. International shipping is also available on items to Canada and other countries.