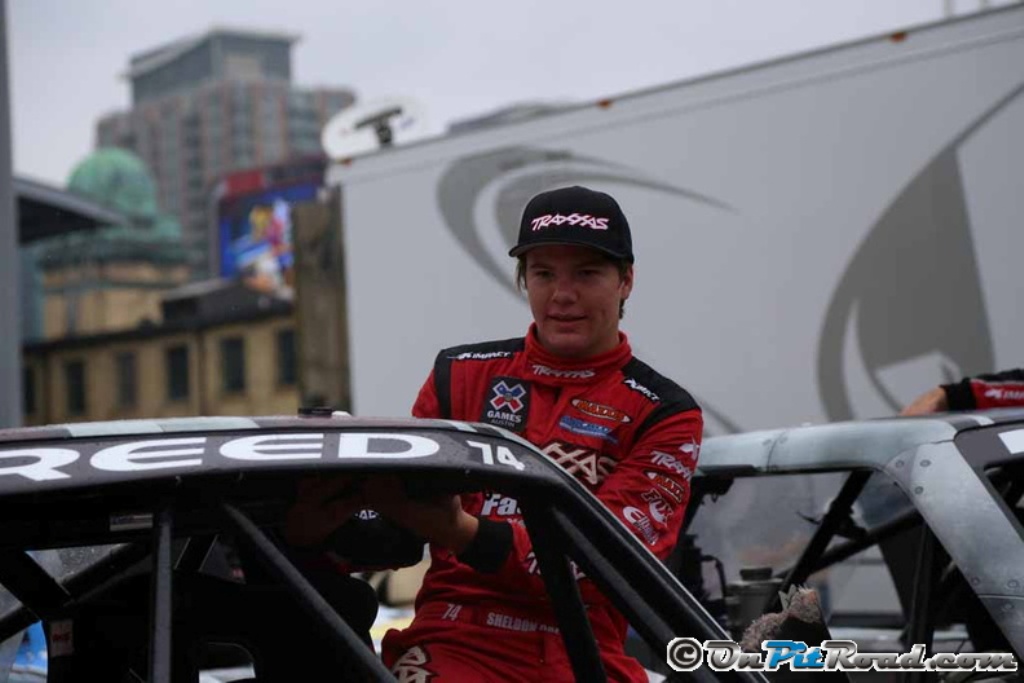 STATESVILLE, N.C. (September 25, 2018)- Nearly clinching the 2018 ARCA Racing Series championship with two races remaining in the season, Sheldon Creed will climb behind the wheel of the No. 28 Chevrolet Silverado for the remaining four races of the 2018 NASCAR Camping World Truck Series (NCWTS) season with GMS Racing, starting at Martinsville Speedway.

Hailing from Alpine, Calif., 20-year-old Creed has a diverse racing resume which includes two championships in Stadium Super Trucks (SST) in the 2015 and 2016 seasons, as well as winning a gold medal in the 2015 X-Games in Austin, Texas. From there Creed transitioned to stock car racing and continued his success on track in the K&N Pro Series West and East, ARCA and the NCWTS, as well as a few TransAm Series races, all while still competing in the SST through 2017.

With an extensive background on dirt, Creed has three previous NCWTS starts to date under his belt, all coming at Eldora Speedway, with the most recent start coming earlier this season. Aside from his NCWTS start this year, Creed’s 2018 racing season has included a full-season in ARCA, collecting three wins, four pole awards, 14 top-five and 16 top-10 finishes in 18 races en route to all but capturing the championship with two races to left to run. Creed also joined the NASCAR K&N Pro Series West at the Las Vegas Motor Speedway dirt track a couple weeks ago, where Creed qualified sixth and battled his way to the win.

“I’m super excited for this new opportunity at GMS Racing,” said Creed. “I know I have a lot to learn so I’m going in to this with an open mindset. I want to try to gain as much knowledge as I possibly can in these four races.”

The No. 28 is special to Creed and he’s hoping to continue the success he’s had with it, including his run to this year’s ARCA championship, when he transitions to the NCWTS. Looking to help with the rookie’s move up the racing ladder, crew chief Doug Randolph and his team will use their experience to aid in Creed’s learning curve as much as possible.

“I’m excited to see what these final four races will hold for our No. 28 team,” said Randolph. “Sheldon (Creed) has proven himself on the race track in every level of racing he has been in. Stepping up to trucks for these final races will take some patience and learning for us all, but I’m sure he will get adjusted quickly and will be competitive. I’ve always enjoyed working with younger drivers and I’m looking forward to getting started with Sheldon.”

Additional information for Creed and the No. 28 GMS Racing team will be announced at a later date.