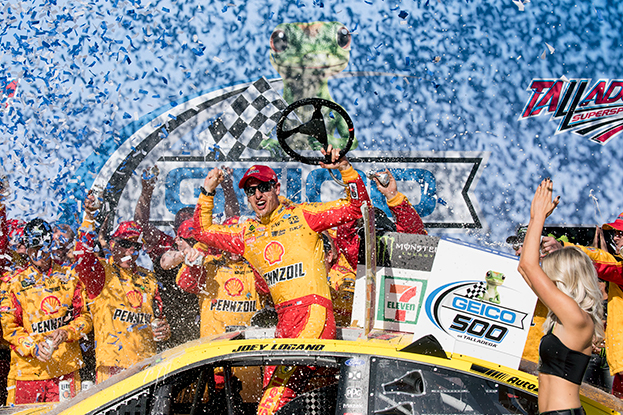 Read any article or watch any commercial for this weekend’s 1000Bulbs.com 500 and you will hear promises of carnage, mayhem and unpredictability. I decided to take a look into several of the previous fall Talladega races to see how realistic those prophecies are.

Taking a broad stroke and looking at these past five Talladega races a few things stand out:

Anything “can” happen at Talladega but it seems like the fall races, despite all the hype, have been rather tame over these past five events. For everything that the playoffs try to do for NASCAR, I really think it hinders some races, and Talladega is a prime example.

I’ve read several transcripts and heard interviews ever since the checkers flew at Dover of drivers saying they would like to just survive Talladega this weekend and get a solid finish. With Jimmie Johnson’s last-lap mistake at the Roval in the minds of many of these drivers, I do feel several of them are just going to try to ride on Sunday and not put themselves in a bad situation.

On the other hand, maybe, just maybe, there will be enough drivers out there who have little or nothing to lose who will try to keep things exciting. Drivers like Ricky Stenhouse Jr. and teammate Trevor Bayne, the RCR cars of Austin Dillon and Ryan Newman, JGR’s Denny Hamlin, Erik Jones, and Daniel Suarez, Hendrick’s Jimmie Johnson and William Byron, among others, all have every reason to go for the win and they don’t have to worry about playoffs. Jamie McMurray is always strong on the restrictor plate tracks and this may be his last opportunity to win at the Cup level in his career.

I will remain cautiously optimistic that the race on Sunday will provide a fair amount of excitement. But I do feel that a lot of the drivers are going to want to ride around and avoid being in a big crash. If the past five fall Talladega races are any indicator then don’t look for a whole lot of white knuckle driving in the first 2/3 of the race. That last 1/3 could be a doozy though!

What do you think? Will the race follow the pattern of mostly tame fall Talladega races or will we get one that we’ll be talking about for awhile?