Scott McLaughlin wanted to apply the pressure to fellow Kiwi Shane van Gisbergen at the Vodafone Gold Coast 600. He certainly did, wrestling back the Supercars Championship lead after a wild day on the streets of Surfers Paradise.

After winning here in 2017, Chaz Mostert scored back-to-back Saturday victories in the Gold Coast in his Supercheap Auto Falcon, this time with James Moffat as co-driver having won with Steve Owen in the wet last year.

The drive of the day by far came from Bathurst winners Craig Lowndes and Steven Richards. The veteran pair started the race in 21st and worked their way through the field for second, making up a staggering 18 positions from start to finish to maintain their Pirtek Enduro Cup lead.

Mostert put an end to a lean season which before today only earnt a third position at Queensland Raceway in July and his first win since the same race on the Gold Coast last year.

He put the drought breaking win down to co-driver Moffat’s opening stint.

“Don’t talk to me, talk to him, he drove the wheels off it and gave it back in a good position,” Mostert said.

“I just had to manage the gap and look after the car. It really has been a tough year. This guy is unbelievable, we are very lucky to have him.

Lowndes and Richards again defied their veteran status by carving through the field. Lowndes started the race after they qualified poorly, then got a perfectly timed safety car.

“If we can qualify further forward we will be a good showing for tomorrow,” Lowndes said “We changed our strategy enough after qualifying for me to start and put Richo in through the middle. Then the safety car came out exactly when we needed it.”

McLaughlin regained the Championship leas with a little help from officials, who pinged Van Gisbergen’s partner Earl Bamber and Jamie Whincup’s co-driver Paul Dumbrell for pit lane breaches. Dumbrell was leading the race at the time.

McLaughlin made the most of their misfortune, getting home in fifth after an early bump lost them three places to reverse a 19-point Championship deficit into a 14-point lead. 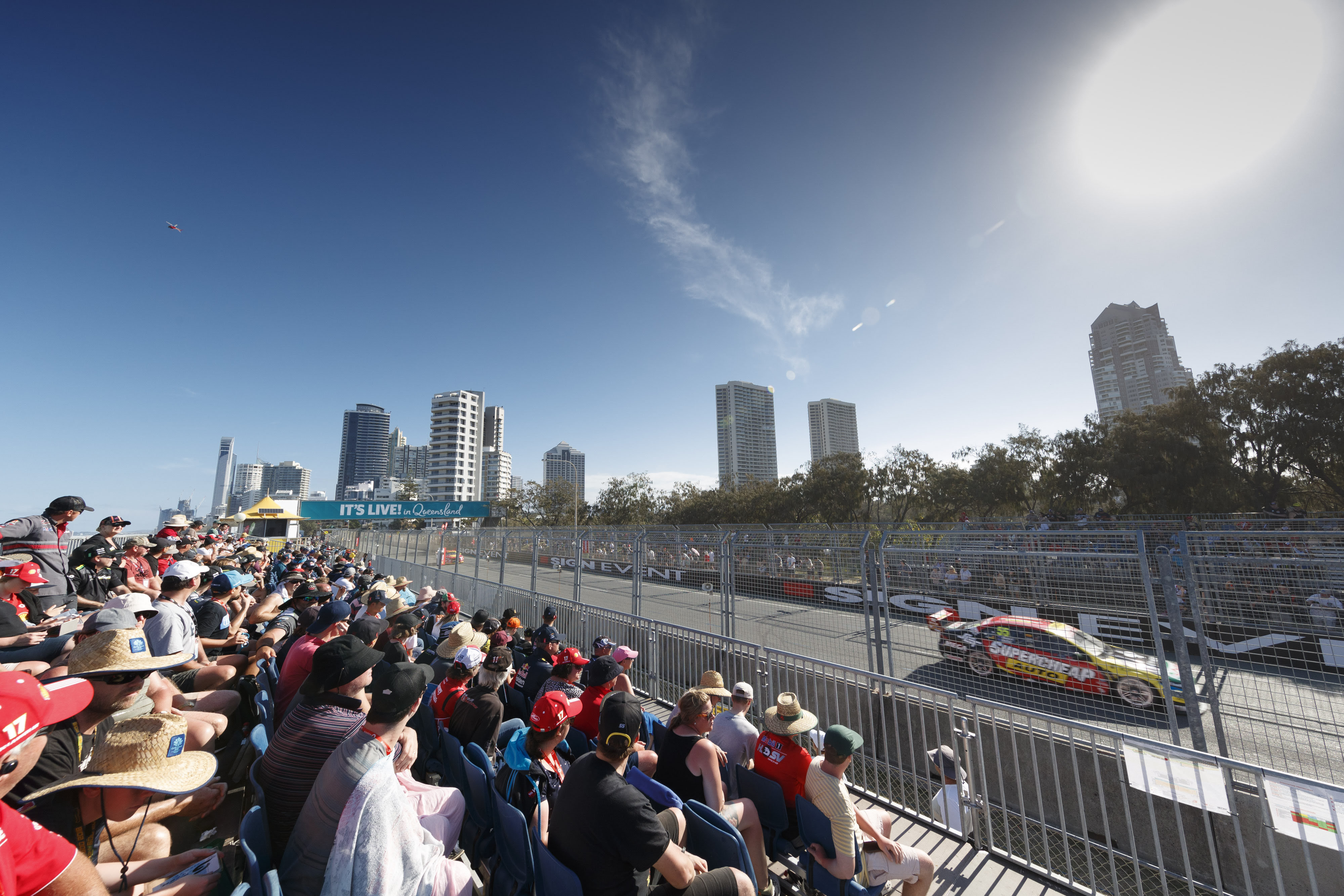 A safety car triggered the mass invasion of pit lane for the first round of stops and in the madness Dumbrell pulled out and into Moffat in the first of two incidents involving the Red Bull outfit.

Moments later Bamber cut in front of Garry Jacobson, forcing him to hit the brakes. It earnt both Red Bull cars mandatory pit lane drive through penalties for an unsafe release.

McLaughlin had claimed ARMOR ALL Pole Position number 12 for the season to start Premat from the front of the grid but two laps in he was pushed out of the way by Dumbrell, losing three places as a result.

He later said damage sustained in the clip had stopped them from making a charge.

“I think something got bent at the wall. It just didn’t feel right,” said McLaughlin. “It’s a good result, we are solid and went alright but we will have to have a look at it.”

Following today’s dramatic opening day of racing teams will have to turn it all around and do it all again tomorrow.

ARMOR ALL Qualifying for Race 27 begins at 10:15am AEST, before a second ARMOR ALL Top Ten Shootout of the weekend at 11:35am and the final race of this year’s event, a 300km 102-lap journey through the Surfers Paradise concrete canyon gets underway at 2:25pm.

Many of today’s fans are now expected to make their way to where the party starts at the Broadwater when international acts Foreigner and +Live+ join ARIA Award winners, Sheppard on stage for the Broadwaters Sounds, presented by Gold FM concert.

The 2018 Vodafone Gold Coast 600 is proudly supported by the Queensland Government through Tourism and Events Queensland as part of the It’s Live! in Queensland events calendar. Queensland is just the place to experience Australia’s best live events.

Wet’n’Wild carnage in Tasmania for Supercars

Defending Tyrepower Tasmania champion Will Davison had to be taken to hospital after an incredible 12 cars were involved in one of the worst crashes in the history of Virgin Australia Supercars Championship this afternoon. […]

Shane van Gisbergen and Jamie Whincup will face off on the front row of the grid for this afternoon’s 250km race at the Coates Hire Sydney 500. The two are separated by 191 points in […]

An emotional Todd Kelly has described a pressure-soaked drive by his little brother Rick to give Nissan a memorable victory, as “better than winning Bathurst” following an emotional week. Kelly praised his brother’s almighty effort […]